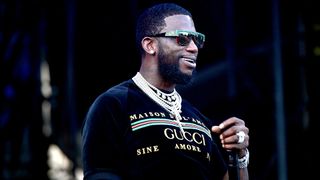 Seemingly a nod to Miami strip club Tootsie’s Cabaret, “Tootsies” is produced by Quay Global. Press play above to stream the new tune from Gucci Mane and Lil Baby.

WOPTOBER II is due out October 17.

Lil Baby Stunts in a Helicopter for His “Back On” Music Video
MusicsponsoredOctober 11, 2019