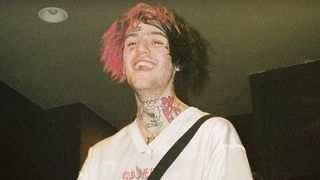 A new video has dropped for Lil Peep‘s track, “Belgium.” Taken from his posthumous EP, Goth Angel Sinner, the video delivers an intimate look at the late rapper while on tour in Ghent, Belgium. Watch above.

The music video arrives in a documentary-style, opening on a flight to Belgium in April 2017, seven months before his tragic overdose. It then begins collaging scenes featuring Peep on stage at packed concerts, posing in front of Belgian landmarks and wandering around the city, alongside intimate photographs of the rapper backstage.

“Belgium” held particular resonance for the video’s director, Mezzy. The director recalled, “artists lives are chaotic and wrought with pressure from all sides, but that day in Ghent, Belgium was one of the only times where I can say that I truly got to know Gus[tav Elijah Åhr, Peep’s real name].”

The Lil Peep documentary Everybody’s Everything lands in theatres this week. Watch the first trailer here.

Here’s What Critics are Saying About the “Heartbreaking” Lil Peep Documentary
MoviessponsoredNovember 14, 2019

Here’s What Critics are Saying About the “Heartbreaking” Lil Peep Documentary
MusicsponsoredNovember 20, 2019