Joey Gollish was born in the wrong era. The 26-year-old Torontonian is fascinated by the parties of the past. Gollish’s label Mr. Saturday tells the stories of yesterday’s benders and “you had to be there” nights through cohesive collections and sly graphic references that denote Gollish isn’t just a romantic who paeans back to the nightclub heyday of the ‘70s and ‘80s, but somewhere between a scholar and borderline obsessive who really knows his shit. 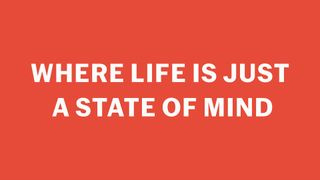 Previous collections have referenced Paris’ Le Palace, a late ‘70s Montmartre hotspot for everyone from Grace Jones to Mick Jagger to Thierry Mugler. Earlier this year he reissued a cozy capsule collection referencing the venue as a means to benefit artists impacted by Covid-19, raising around $80,000 in funds.

He followed that up with a collection inspired by TriBeCa haunt the Mudd Club, a seminal spot for counterculture and the gay community frequented by Allen Ginsberg, Keith Haring, Lou Reed, Jean-Michel Basquiat, and countless others. In many ways, it was the anti-Studio 54.

For Gollish, drawing these connections between clothing and culture is far more interesting to him because in the age of Instagram, what we wear is no longer an accurate representation of what we’re actually into.

“I think that I’ve always been interested in the history of music, but when you go beyond music, it’s always been about the places and the people,” he says. The name Mr. Saturday is also kind of ironic and has its roots in music as well. Gollish’s label was incubated by HXOUSE, a Toronto-based “globally-focused think center” that’s part-school, part-accelerator, and part-mentorship program for aspiring entrepreneurs. It was founded by Abel Tesfaye — better known as The Weeknd — and its roster of guest speakers includes recently appointed Givenchy creative director Matthew Williams, Errolson Hugh of ACRONYM, and artist Daniel Arsham.

“The cool thing is it’s not like you can go to them and they give you a handout or unlock a door for you, you have to walk through it,” says Gollish of his experience at HXOUSE. “It made me level up my thinking and the way that I execute ideas really quickly.”

Mr. Saturday’s Spring/Summer 2021 collection continues to explore New York City nightlife of the late ‘70s and early ‘80s, this time turning its perspective towards Larry Levan’s seminal Paradise Garage, Jerry Brandt’s The Ritz, and the heyday of Danceteria. Gollish examines several narratives through these venues, citing Stephen Sprouse’s first runway show at The Ritz and Keith Haring’s 26th birthday as two examples, but one story in particular is especially relevant.

Gollish focuses on the tragedy of Michael Stewart, a 25-year-old Black artist who in September 1983, became a victim of police brutality while tagging the L train’s First Avenue station with his “RQS” tag. After spending almost two weeks in a coma, Stewart died from what ended up being blunt force trauma, with doctors confirming his injuries suggested he had been choked or strangled.

His death galvanized the art community, inspiring Jean-Michael Basquiat to create one of his most important works: The Death of Michael Stewart (colloquially known as Defacement). In previous interviews regarding Stewart’s murder, Basquiat’s said “It could have been me.” Similarly, Keith Haring referenced the tragedy in his work Michael Stewart – USA for Africa. Ultimately, six police officers went to trial for Stewart’s death in 1985, and in an outcome that’s been too common — all six were acquitted.

“Michael’s death is not a story that we’re unfamiliar with,” says Gollish. “Michael could have been another cultural icon like Basquiat. It made me think about how many young Black artists have been killed in their careers before they had a chance to blossom.”

Materials like repurposed vintage nylon American flags — the colors have since faded — take on a different connotation in the clothes, with the patchwork materials more accurately reflecting the imperfection of the union. Meanwhile, Gollish digs into his archive of ephemera to celebrate Stewart’s life and art through the context of party posters, reinforcing the connection between community, culture, and the days when clothing was part of a uniform of like-minded solidarity, and not just an empty flex for the ‘gram.

“That’s where the initial reference came from — the connection between that time and now — this group of young creatives who didn’t really have anything, but sort of fantasized and romanticized about having it all, and just being a group of people who wanted to change the world,” says Gollish. “It just continued to evolve with the unfolding of the biggest civil rights movement of our lifetime.”