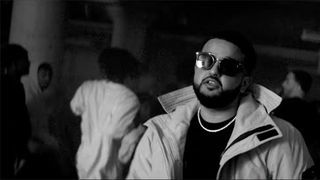 NAV has dropped the official music video for his The Weeknd-assisted song “Price On My Head.” In the visuals directed by Kid. Studio, the two navigate an apocalyptic city of Toronto, which is under some sort of fiery attack. Watch it above.

“Price On My Head” hails from NAV’s sophomore album Bad Habits, which was released Friday, March 22. In addition to featuring on the track, The Weeknd was credited as the project’s executive producer. Earlier this week, a deluxe edition of the record was revealed with 8 new tracks, notably “Amazing” with Future.

The Weeknd Gets Flipped Upside Down While Performing “Blinding Lights” on ‘Kimmel!’
MusicsponsoredJanuary 21, 2020