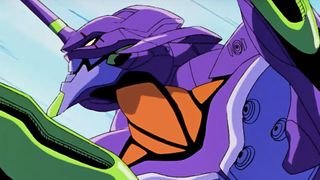 Read our original story below.

The original Neon Genesis Evangelion series, along with two movies, is arriving on Netflix next year.

All 26 episodes of the 1995 anime will be available on the streaming service, as will the films The End of Evangelion and Evangelion: Death (True)2, sometime in “spring 2019.”

The series told the story of teen soldiers piloting giant robots, known as Evas, in the fight against intergalactic “Angels.” It was one of the first anime shows to achieve widespread acclaim and popularity among adult American audiences. Watch the trailer above.