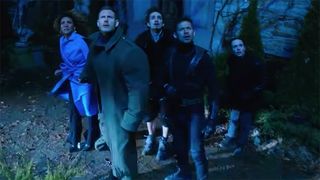 While multiple Marvel shows have been cancelled by Netflix, the streaming platform looks to offer viewers other means of superhero entertainment this week introducing The Umbrella Academy. The original series is an adaptation of the comic book of the same name from My Chemical Romance’s Gerard Way and artist Gabriel Bá.

The Umbrella Academy tells the story of seven individuals who were adopted by billionaire industrialist Sir Reginald Hargreeves, following an inexplicable incident in 1989 when 43 infants were born to random women who previously showed no signs of pregnancy. After adopting these seven children, Hargreeves created The Umbrella Academy in order to prepare his kids to save the world.

Now in their 30s, the six surviving members have reunited following Hargreeves passing. They must then work together to solve the mystery surrounding their father’s death.