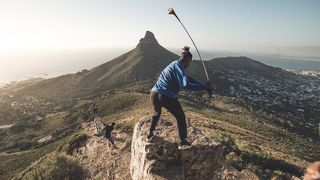 So golf has a bit of an image problem, right? We say ‘golf’, you think potato-sack baggy pants, big beige polo shirts, or Rodney Dangerfield’s getup in Caddyshack if we’re getting colorful. That’s no disrespect to Dangerfield – that multi-colored striped blazer is boss, but it’s not gonna fly on the street. And that’s the thing: that’s never really been a problem for golf because it’s traditionally been played by a close-knit community of people on a completely (artificial) closed off course.

But the sport is evolving. People are claiming a new ownership over it and, no joke, are taking it from the links to the streets. So naturally, the gear is following suit. After all, the idea of putting on some sort of costume to play a sport – especially golf – is just weird.

This new era and its style is being defined, in part, by urban golf: the street-centric movement inspired by the sport. The urban golfer only needs a club, some friends and the open city to play. It’s defined by its openness, its inclusivity and, most importantly, its freedom. And a crew of guys and girls in Cape Town are one of the sharpest examples of this change in the sport, as well as demonstrating the power of sport to bring change.

“We are a family,” explains artist, photographer and filmmaker Imraan Christian about his friends and fellow players. “[We’re] a strange combination of artists, poets, [and] adventure seekers.” Christian and his mates started playing golf when the musician and former child golf champion of the Democratic Republic of the Congo, Dada Shiva, moved to Cape Town. They fell into the same crowd and after Shiva taught them the ropes, they began playing. Now, the crew are using golf as a way to reclaim their city and, as a group of artists, looking good when they play is just par for the course. Expressing themselves through the sport and with what they choose to wear when playing it are two sides of the same coin. In the process, they’re helping define what the new generation of golf will be and they’re having fun while they’re doing it.

Urban golf’s origins (sometimes known as ‘cross golf’ or ‘off golf’) lay in the tumultuous period of early 1990s Berlin, according to Philippe Missemer, founder of online urban golf magazine 19-news.com who also founded the first national urban golf championships, the French City Pro Tour, in 2011. Back in early ’90s Berlin, the concept of land ownership in the newly reunited city was fairly loose. Then in 1992, a man named Torsten Schilling hit a golf ball in a hotel lobby and urban golf was born. Schilling founded the ‘Natural Born Golfers’ group of urban golf enthusiasts who took the sport from ships, to abandoned factories, rooftops, skyscrapers and parking lots.

“Yeah urban golf started in Germany in the ’90s,” explains Missemer, who now divides his time between Paris and LA as he directs a forthcoming documentary on the sport. “Now urban golf has spread everywhere.”

As Schilling began putting around the city, thousands of miles away in Cape Town, the first generation of post-Apartheid children were being born, including Christian and his friends. Golf is a sport that allows you to connect with nature arguably more so than any other: you’re constantly looking ahead at eye level, up in the sky and the trees, or down at the ground and to your feet. Your entire bodily experience is influenced by and connected to the nature that surrounds you. This is why urban golf is so radical in Cape Town – a city defined by its dramatic natural landscape as much as its history of division and spacial separation based on race. 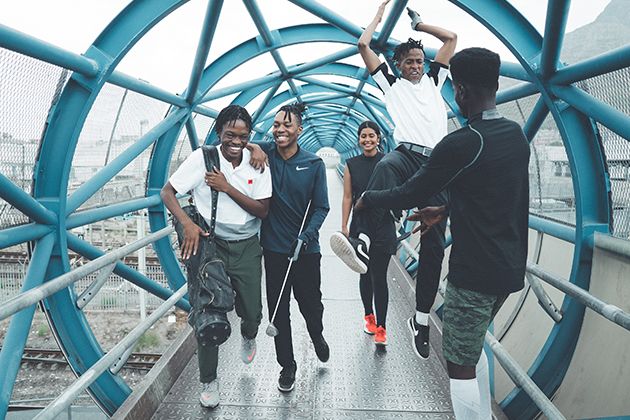 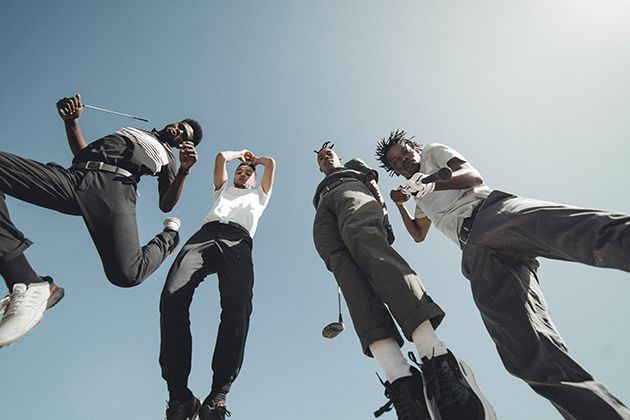 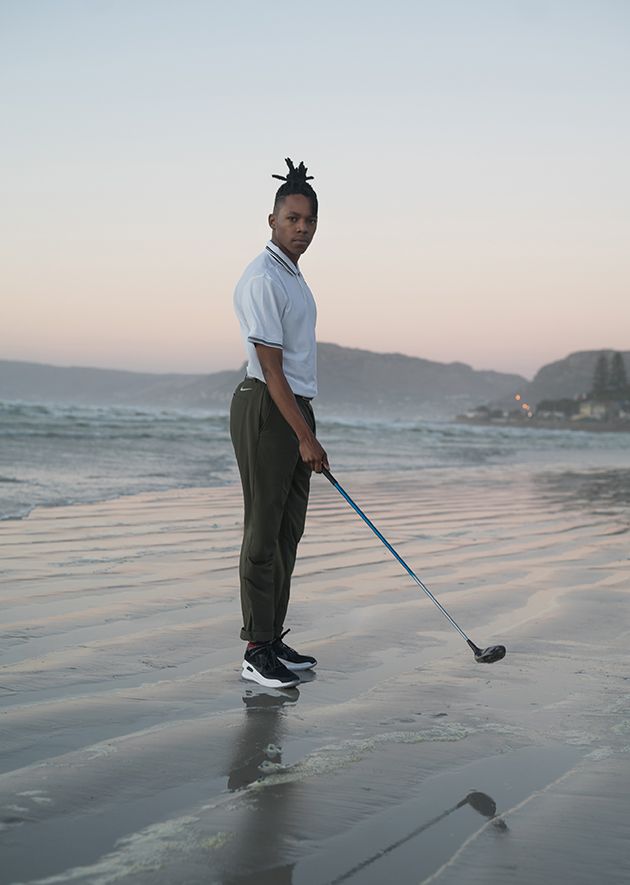 “At the core, it’s a simple idea: it’s returning to our true nature by claiming freedom,” explains Christian, adding that for them, freedom of movement, expression, thought and, importantly, freedom of space all influences why they play.

“This is a totally different environment we’re immersing ourselves in,” adds Dada Shiva, (aka Karabo Mokgatle), DRC child golf champion who actually began playing golf with a plastic set given to him when he was young. “At first [I began playing] because I wanted to be like Tiger Woods,” he explains. After a career as a young champion, he then moved to the cape and one of the continent’s creative hubs to focus on his music. Like the sport itself, Shiva has evolved and changed. It’s as if urban golf reflects his own development. “I’m a musician first and foremost and our golf club is full of boundary pushing creatives like that,” he explains. “Now I play golf I guess to test myself; to test my world and my limits.”

Christian adds that when Shiva’s not producing and recording music, he’s climbing buildings with a 9-iron across his shoulders in search of a decent spot to practice, leading the entire crew behind him. “We’re teaching each other, sharing knowledge and strife,” adds Shiva. “Urban golf fosters a camaraderie that can’t help but carry over into our other activities, making us all better at what we do across the board.”

Perhaps the term ‘urban’ golf is a bit of misnomer then because, like more ‘traditional’ forms of the sport, both sides of the golf coin share a deep connection with nature. Like the best kind of relationship, ‘traditional’ and ‘urban’ golf have a give-and-take thing going on. “Its important to adventure out away from the busy city into nature, so that you have space in your surroundings, but more importantly to get in touch with nature,” answers Christian. Like older forms of the sport, then, the point of urban golf is “to be creative, to get into nature and work with your surroundings.”

What do you need to play? “Long story short,” Christian says, “you find a safe open space, your closest friends, add some golf clubs, some golf balls and a bit of self expression, and you have yourself urban golf.”

Deep dive into the Nike Golf range, tested out by the crew in and around Cape Town. Hover over the gear to see details on the crew’s favorite pieces, then click to cop. 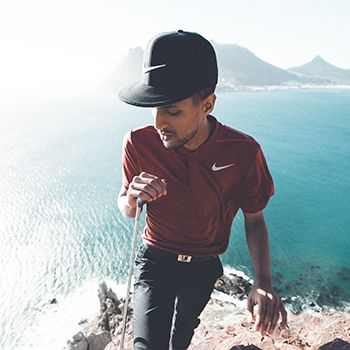 “I play for the love of the game, it feels like we are a part of something greater than just ourselves, its like we are reclaiming space for the past and future generations of our people.” 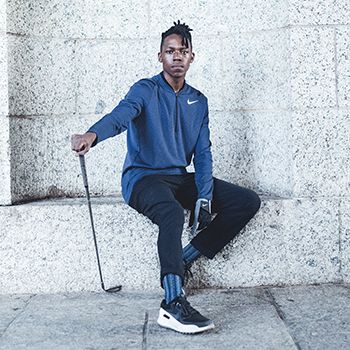 “Playing urban golf inspires a freedom of thought that I find invaluable, and has proven itself a wonderful form of meditation.” 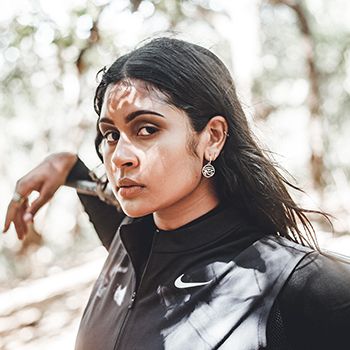 “Urban golf has allowed us to reimagine the city and the way we interact with it. With every swing we reclaim our sense of agency and freedom.” 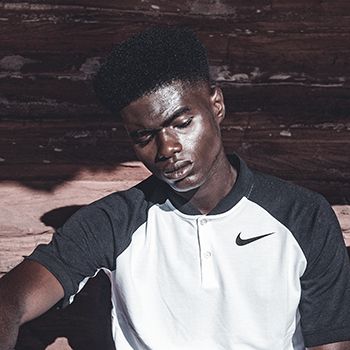 “I started playing for relaxation. It keeps me calm. The more I play the more I fall in love.” 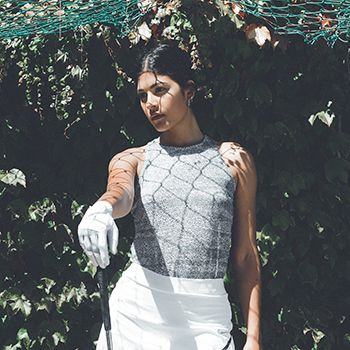 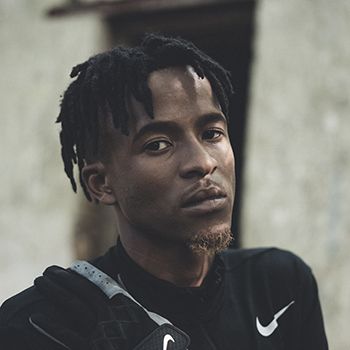 “My father first taught me and my twin brother to play golf on a holiday in Port Elizabeth. It was my father’s way of teaching us patience in the mind and the body.” 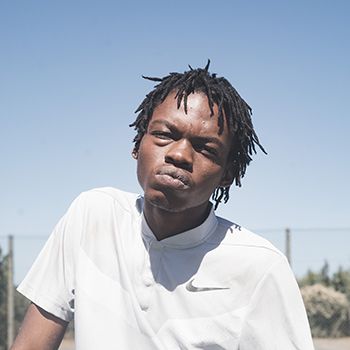 “Golf is playable anywhere, on any surface. No sport should place barriers that stop people being able to participate.” 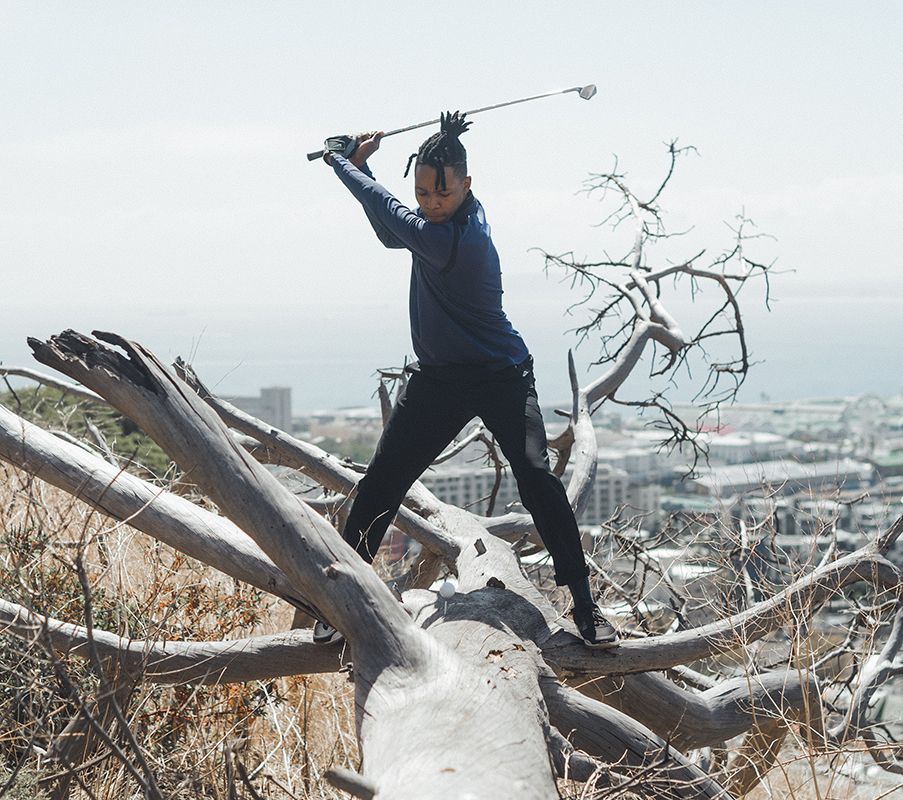 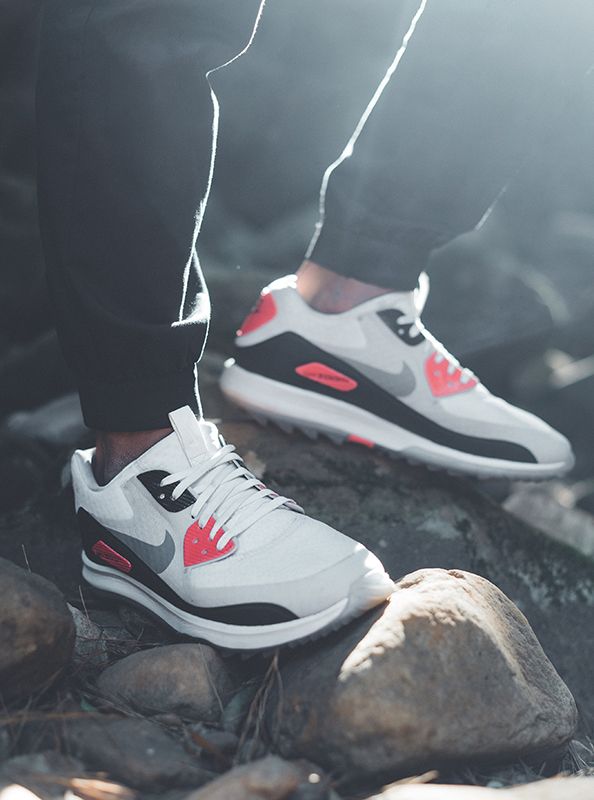 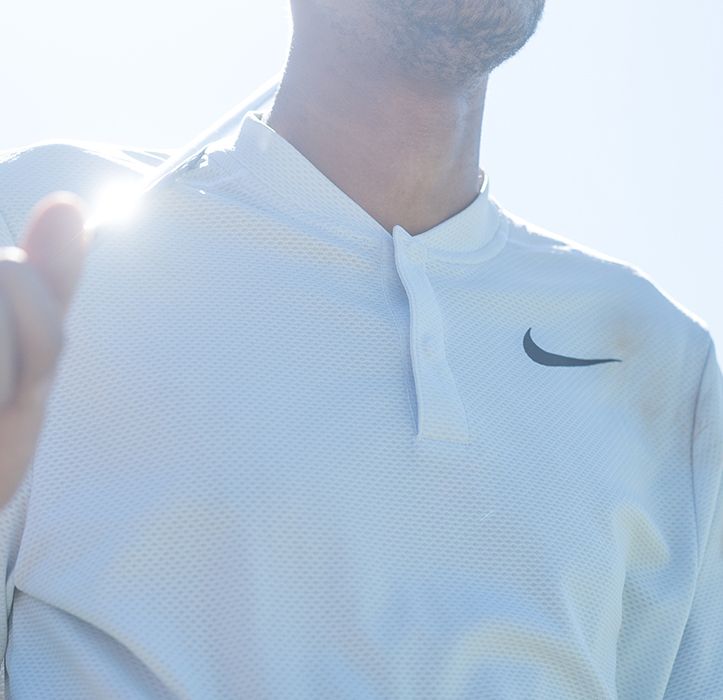 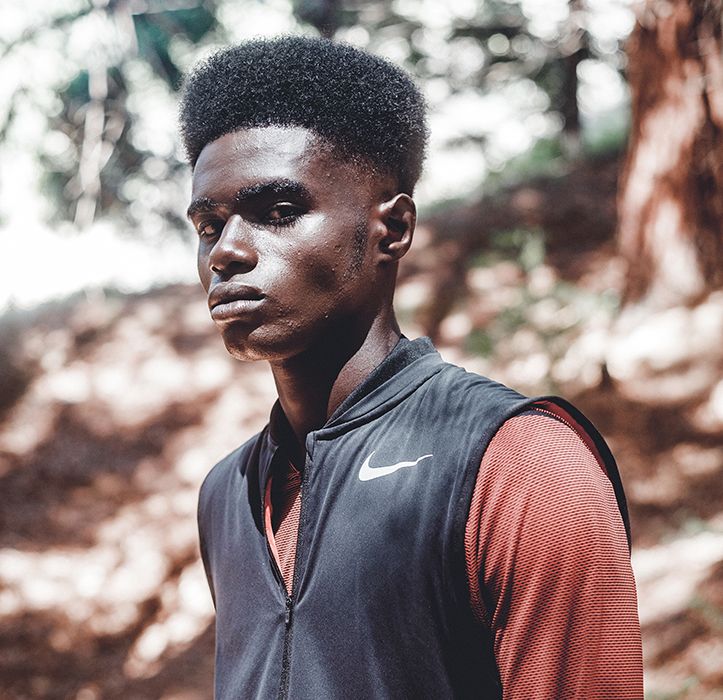 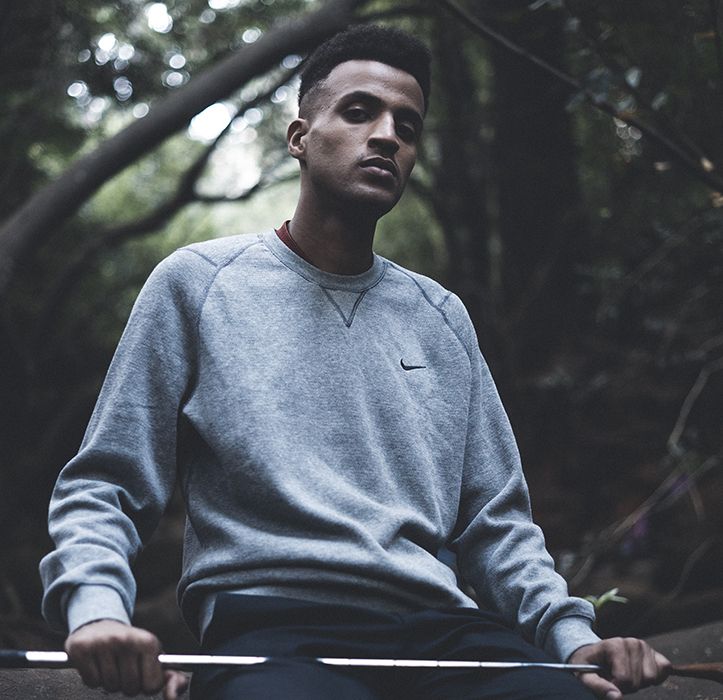 The backbone to Nike Golf gear is the Swoosh’s revolutionary AeroReact technology, contained in its polos – the bread and butter outfit of any golfer. The tech contained in the AeroReact Polo and Half-Zip is made from yarns that open and close based on body temperature, giving you lightweight breathability and warmth when you need it. Its DriFIT tech helps wick away moisture fast.

Nike’s Zoned AeroLayer Jacket, made with hyper adapt stretch fabric, gives an extra layer of warmth, comfort and protection. Its water-repellant finish helps too, in case you get caught in the rain. Also available as a vest. 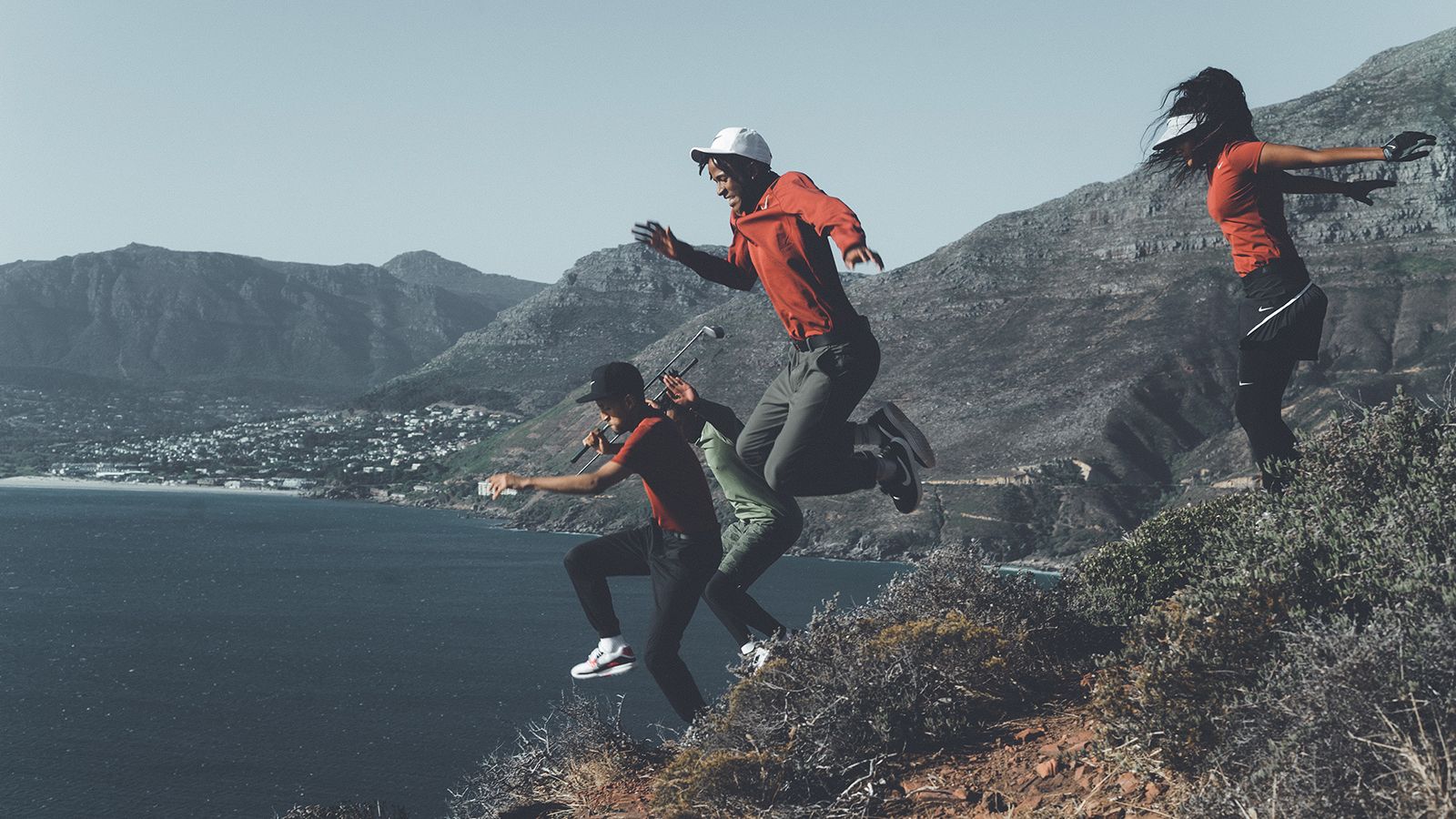 “We’re teaching each other, sharing knowledge and strife. Urban golf fosters a camaraderie that can’t help but carry over into our other activities, making us all better.” 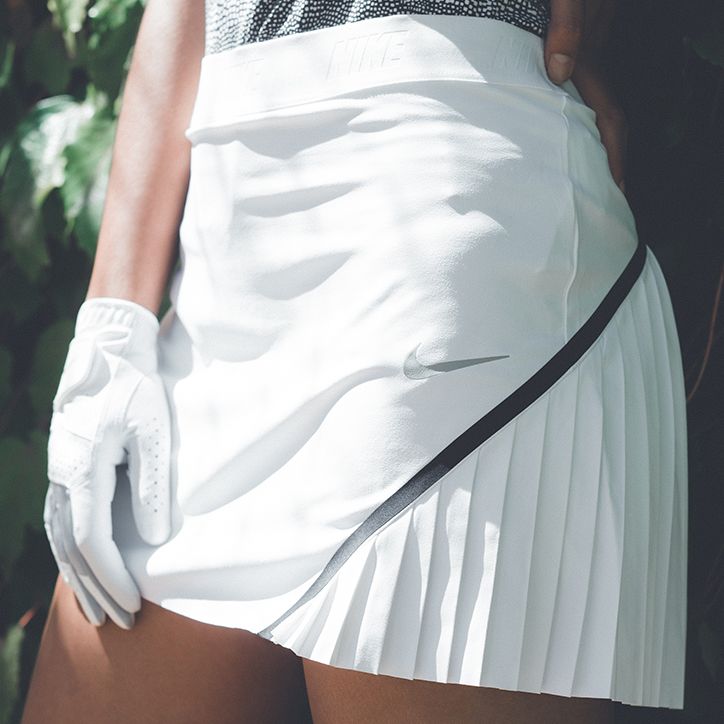 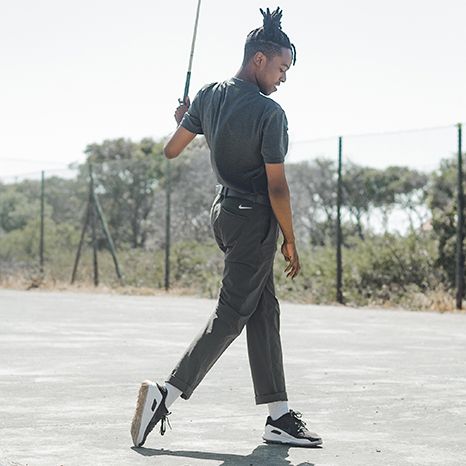 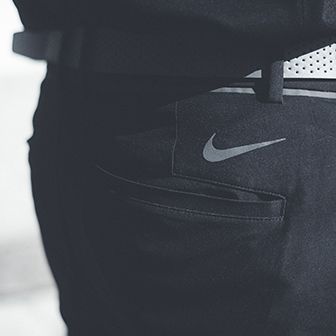 For the lower half, Flex Joggers for training give way to the Flex Trousers for a more professional look. DriFIT tech keeps you dry, four-way stretch fabric gives you mobility, and the slim, tailored fit gives you the looks. For women, the Flex skort combines traditional details with modern essentials like small back pockets for storage. Also crafted with DriFIT tech. 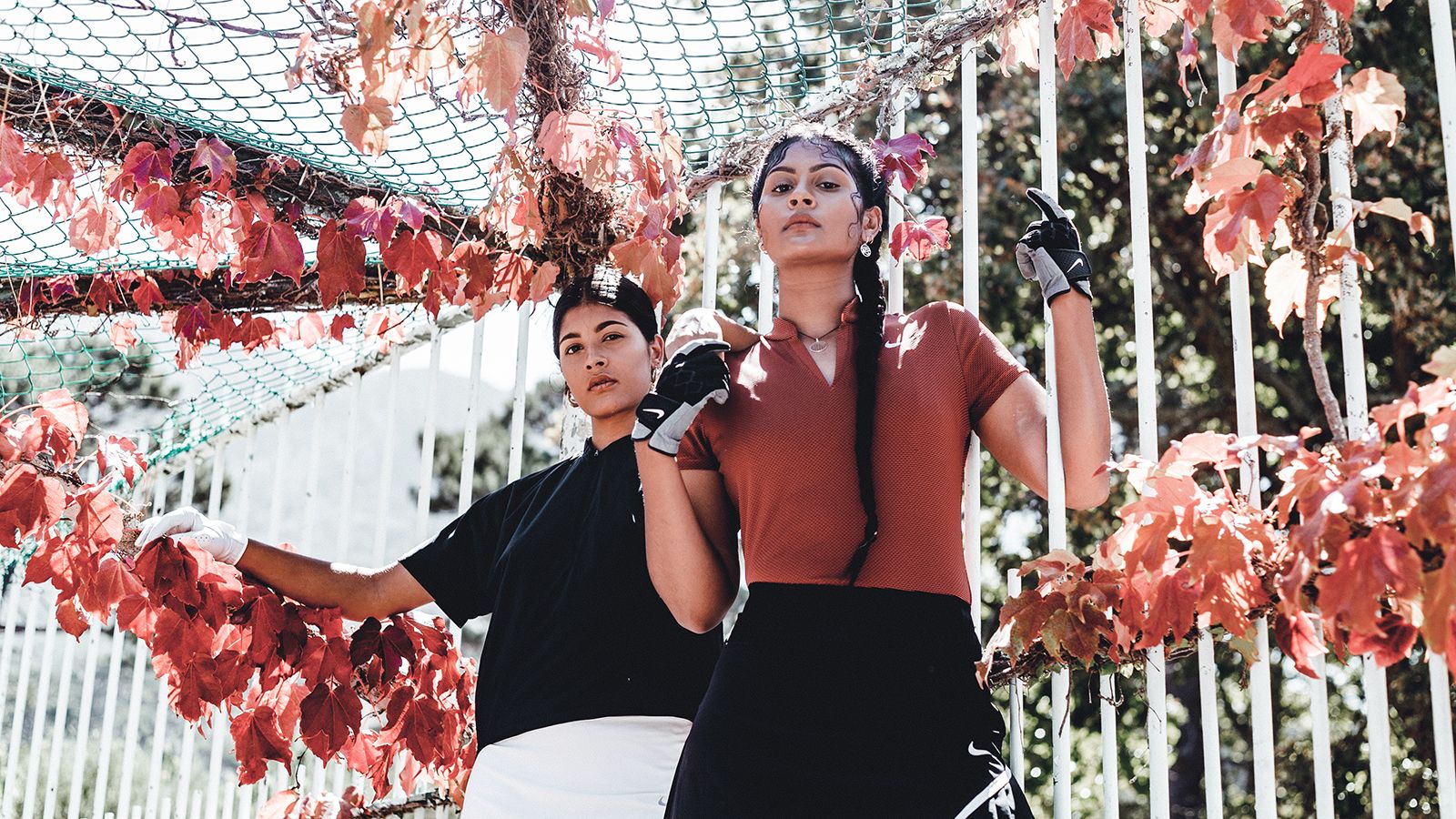 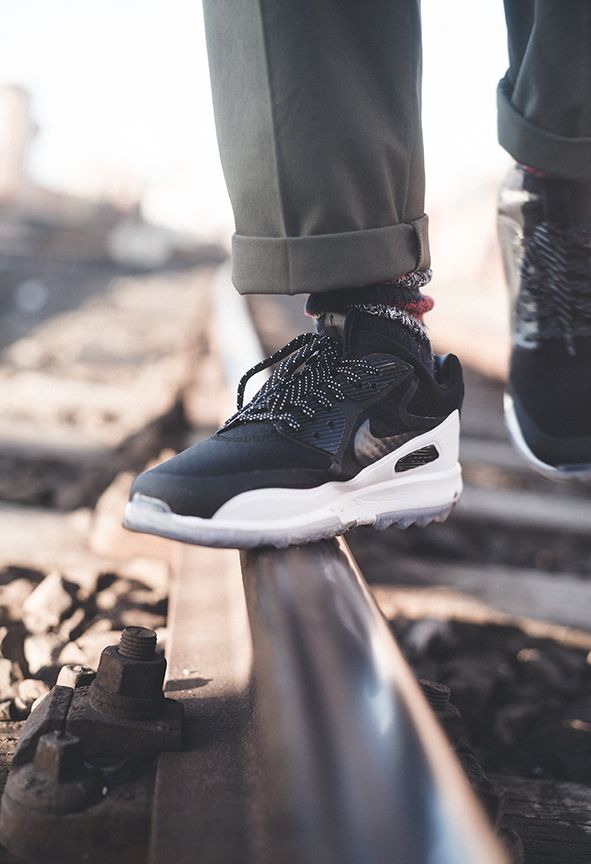 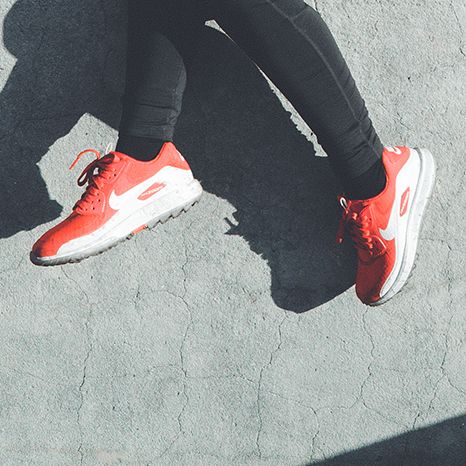 One of the killer additions to the Nike Golf roster is the Nike Air Zoom 90 IT, a specially engineered golf-ready version of the iconic Nike Air Max 90 shoe. This sits alongside the Lunar Force 1 G and the Lunar Control Vapor – the ultimate pro golf shoe used by pros Rory McIlroy and Jason Day. 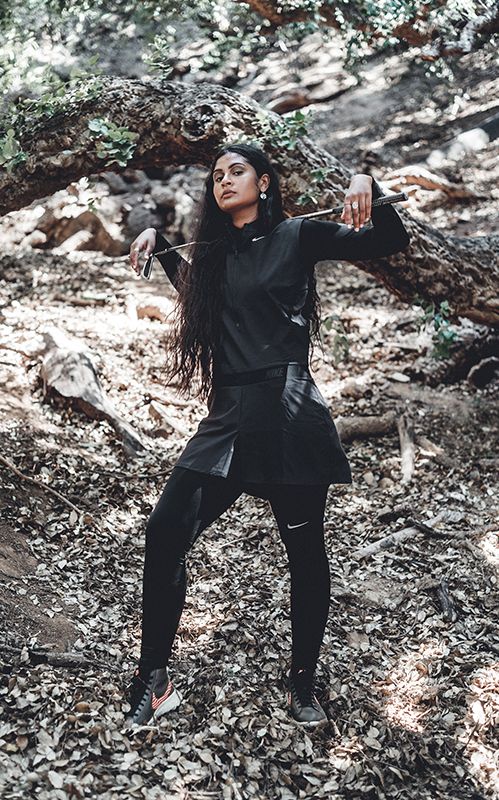 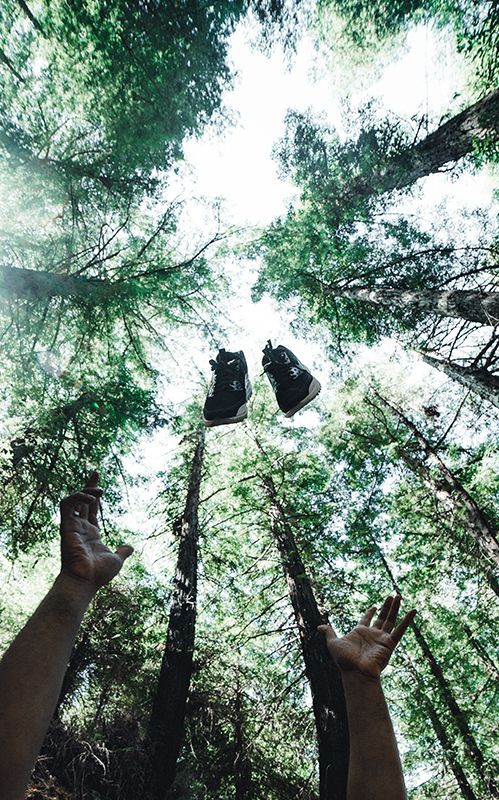 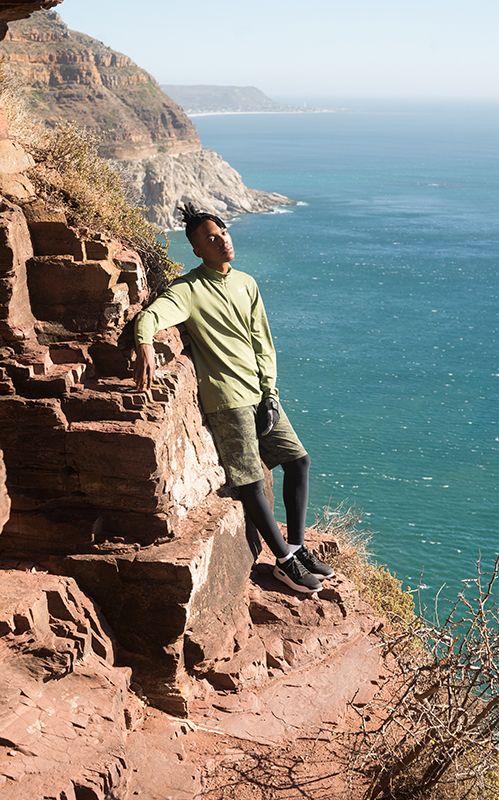 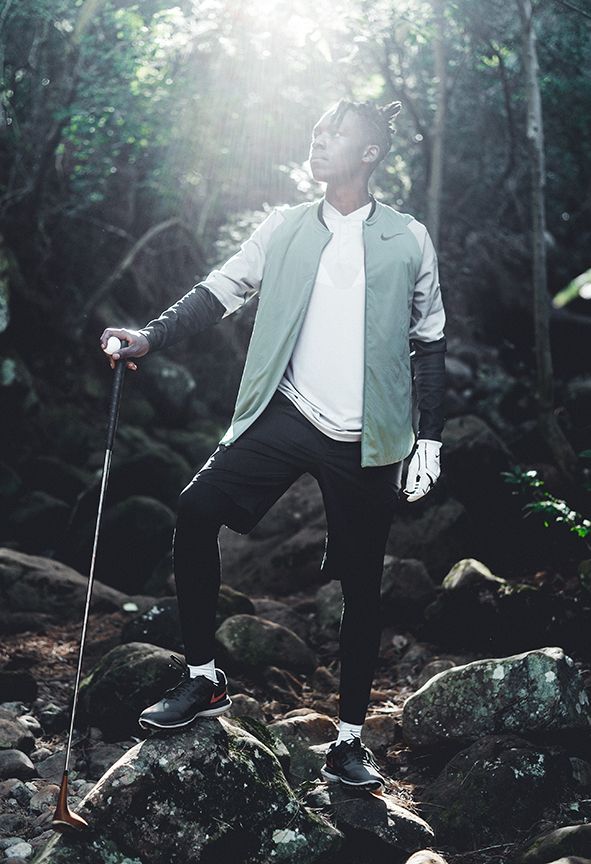 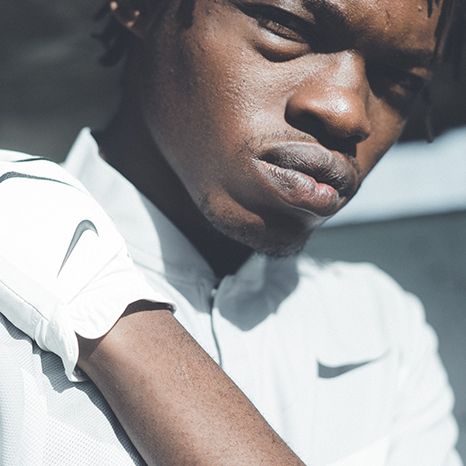 From belts, to umbrellas, to gloves and caps, Nike Golf’s accessories serve the player while keeping you looking good.

For more on Nike Golf, head over to Nike.com to discover the looks in-depth.