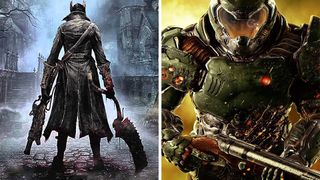 With the PlayStation 4 approaching on its fifth anniversary, Sony is dropping the price on a number of the console’s best-selling games under its PlayStation Hits category.

Introducing PlayStation Hits: https://t.co/qxJP89ma7N Catch up on some of PS4's biggest games, now at a new, lower price pic.twitter.com/ddzKJj3dhN

PlayStation Hits games will be defined by its red packaging instead of the usual blue at retailers, and at the PS Store, games will sport red banners as well to help identify which games are part of the Hits lineup.

Pricing for the PlayStation Hits games are listed at $19.99 USD, as the program becomes available on June 28 in the US and in Canada, with the potential to grow much larger in the future.

Below is the list of titles to be offered starting next week for the U.S., while Canada will carry select titles, and can be found at the Canadian PlayStation Hits page for more details.

Also, in case you missed it, this expert claims the PlayStation 5 won’t release for a long while yet.

Here Are All the Best Video Games Out in May
LifestylesponsoredMay 10, 2019