Before we even start, let me inform you all that I’m a woman. I’m a woman and I love rap songs. A lot. My entire aptly-titled “Bump & Grind” playlist consists of hyper-sexualized tunes with lyrics so vulgar that they would even cause Lil Wayne to blush.

But setting vulgarity aside, being a female fan of hip-hop is hard at times due to the sole fact that it’s a genre notorious for its frequent and over-the-top misogyny. I can’t even count how many times I’ve read pieces highlighting how un-feminist the genre is, or how reductive it is for respectable, self-loving women to actively enjoy music with such disregard for our own gender.

However, this doesn’t mean that all rap tracks are trash or built on messages that are morally questionable. Calling the genre beautiful and crafted with the intention to offend no one would be a blatant lie, but it definitely does not mean that there’s a lack of rap songs about love, romance, and softer sentiments. In fact, a slew of the best booty jams out there disguise their true intentions: they’re actually full of rappers pouring their hearts out in hip hop love songs for the ages.

This isn’t going to be the same traditional list of ’90s/early ‘00s gangstuh luv tracks you might be expecting (take a seat “What’s Love” and “21 Questions”). You’re about to be hit with rap lyrics about love and serious emotion disguised with mumbling, swearing, and a heavy dose of “oh shit Mom’s coming turn it down” vibes.

These are our picks for 10 hip hop love songs that are surprisingly romantic AF. Seriously.

Straight outta Peru, A.CHAL is bound to win your heart through your headphones (or AirPods if you’re one of those people now). You just can’t resist an artist with a voice sweeter than syrup, and this guy’s got it. And I dare you not to tap your toes and/or practice a little belly dancing to that melody.

I could never be mad at you
Pussy remedy like a Tylenol
Remember being broke, I was eyein’ you
Now I have you

I am not an avid fan of Ed Sheeran but, as one YouTube commenter eloquently put it, “Stormzy and Ed go together like chocolate orange.” This track is a darn vibe, don’t @ me because there’s no way you can argue otherwise. Stormzy on his own has sufficient panty-dropping power, but the vocals that Sheeran lends take it to the next level. And let us not forget Burna Boy, who turns this into a triple threat of audial goodness.

Girl, I felt your presence when they let you through the door
Never had a bruddah give you everything and more
So I take a little piece and the rest of it is yours
Mi amor

There’s a very, very good reason this track off Ty and Jeremih’s collaborative album is aptly titled “Baby Making Music.” The beat, the vocals, the combination of artistic styles on one track; it’s a sweeter than syrup NSFW ode to modern chivalry that gets straight to the point.

He don’t give you anything, diamond rings
I could bring, tuh
And I put you on the team, that should mean that
I’m fucking you tonight (bring a friend then another one)

Make decisions, I wanna play with your permission
Gimme that kitty, girl, wash the dishes
Now spread them legs, call it long division
That pussy taste like woah, woah

If you haven’t yet heard of J Hus, chances are you probably live on the opposite side of the Atlantic from the London MC. The man “so ugly that he’s sexy” is one of the UK’s most invigorating artists right now and is doing his own unique Brit ting with every track he drops. His debut album Common Sense is pure gold (and a fave here at HS Music), and “Sweet Cheeks” is a highlight. It’s also a great way to hear some distinctly British rap songs about love complete with a crash course in UK slang (bunda = booty, FYI).

I’m her main squeeze, that’s my sweet cheeks
Bunda so big it can’t fit in the selfie
She loud and boujee, won’t shut her mouth until I fuck up the coochie
Most of pretty gyaldem are mouthy
All up in my business she’s nosy

Yet another option from an international artist – thank me later for broadening your horizons – MANILA GREY are from Vancouver but have Filipino roots, and their vibe is one that anyone, anywhere can appreciate. If you love rap songs but need to spice up your regular rotation of rappers, this duo will definitely do it for you.

You know I love it rare you flawless
Gleaming like diamonds, stare wild’n
Burn through drama in your dress like lava
God bless every curve, I love all your angles

I’ve already got Burna Boy on this list once but you know I had to do it to ’em again – the man adds pure value to any track he graces. Dave was my most played artist of 2019, and this particular  track was replayed approximately 2,917,603 times. Sure, they’re talking about adoring multiple females simultaneously but I never said this list was an homage to monogamy.

If you send me the location
Then I’ll be right there
Let me come, come check you, my baby
Send me the location
This year ’bout vacations, flight catching, train taking
Your boyfriend’s on a waiting ting
Look, playboy, I don’t need a Carti
I’m captain, I lead the army
Bad ratio, I leave the party
Your ex wavy, we tsunami

Travis is usually all about the autotune (IT’S LIT, anyone?) but when he’s not busy falling into Drake’s stages, he’s out there being an undercover romantic. He hid this gem of a track right at the end of Astroworld, but it’s not to be missed – it’s a beautiful but brutally raw insight into his relationship with less-famous-than-egg Kylie. It’s also a huge switch-up from the Travis we know—no autotune and no extras. Just a slow beat and honest bars worthy of entrance into the pantheon of rap love songs.

How would you feel if I had you?
Trust me, you’d be mad too
But shawty, we can be mad cool
Just hit me if anything past due

Admittedly, this one is a little iffy on the romance front considering it’s a pure sex track, but sometimes pure sex is the most romantic thing somebody can get. Inviting your partner to utilize your head like a motorcycle is pretty damn affectionate.

Let AJ Tracey and his musical genius transport you to a tropical island upon which chivalry is 100% not dead. It may be the dead of winter (in the Northern Hemisphere at least) but this track is bound to get it heated. The British artist has been on the come up for a minute now, and him teaming up with fellow Englishman Not3s is the blessing we didn’t know we needed.

She don’t spread it for them wasteman there
Oh no, ’cause she knows that’s mine
Them other tings, man they don’t compare
She’s the only one that gets my shine

I can’t seem to come to a solid conclusion about how I feel about this Thugger fellow. While he often tries to show off his most manly persona with rough beats and even rougher lyrics (“Old English” anyone?), the man also has a far softer side that would fit seamlessly next to Usher and Ne-Yo in a “Hip Hop Love Songs” playlist. Despite rapping about sex more often than not, he revealed in an interview with his fiancée Jerrika Karlae that he doesn’t actually “care for sex that much.” Quite hard to believe, but at least he’s devoted. 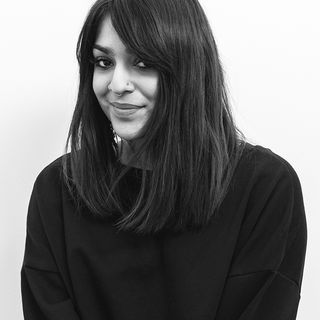 American based in Berlin, aspiring to be Drake's champagne mami.

Rappers Are Wordsmiths, So Why Are They Often Mocked for the Way They Speak?
MusicsponsoredFebruary 24, 2020
Follow
Highsnobiety Music
What To Read Next
Load More
Search Results
Load More