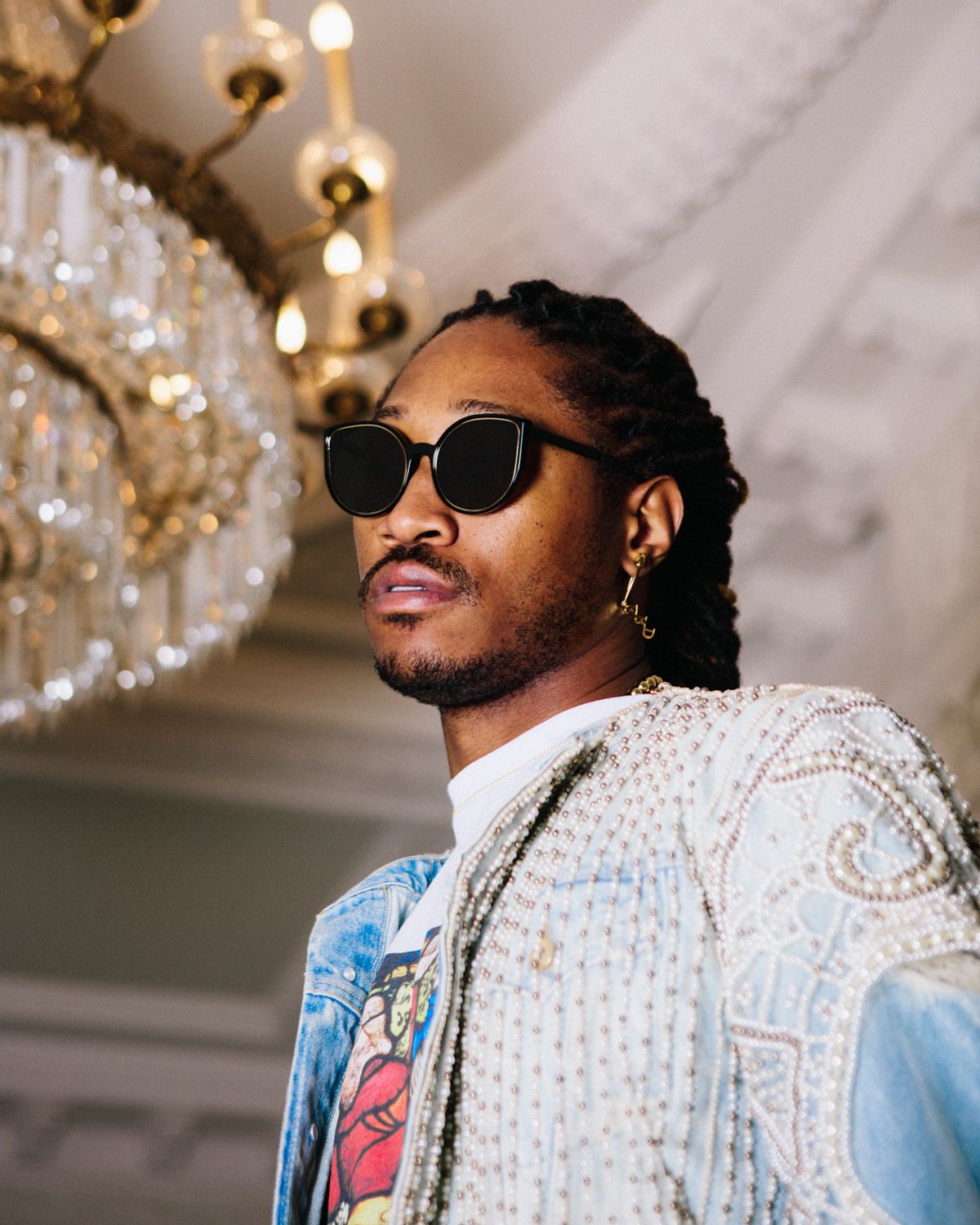 What is Future's real name?

How old is Future?

What is Future's net worth?

Future is worth an estimated $53 million.

What is Future's height?

Where is Future from?

Future is from Atlanta, Georgia, USA.

Nayvadius DeMun Wilburn, better known as Future, is an American rapper, singer, songwriter, and record producer. Future first found musical fame in 2011, gaining popularity in Atlanta when his songs were played by DJ Esco in strip club Magic City but it was 2015’s What A Time To Be Alive mixtape that propelled him to international success.

He is known for his prevalent use of auto-tune and frequent collabs. In 2017, he became the only artist to knock his own album off the number one spot in the charts.

Future signs with Epic Records and drops his next mixtape, Streetz Calling, a few days later.

Future appears on the cover of The FADER.

Future appears on Rihanna’s “Loveeeeeee Song,” which he also wrote and produced.

Future releases the compilation mixtape F.B.G.: The Movie which includes artists signed to his Freebandz label.

Future releases his second album Honest after a delay from being on tour with Drake.

Future releases a collaborative mixtape with Drake. What a Time to Be Alive debuted at number one on the Billboard 200.

Future along with Ed Sheeran collaborates with Taylor Swift on “End Game” from her album Reputation.

Future Furykaze signature sneaker is released by Reebok. The shoe is a mix of the Instapump Fury and Kamikaze II.

Future becomes producer on the remake for Superfly as well as curating the soundtrack.

Future releases his seventh studio album, Future Hndrxx Presents: The Wizrd. Ahead of its release, he shared a feature-length documentary of the same name.

Future wins his first Grammy Award for Best Rap Performance for his collaboration on “Kings Dead.”

Future hints at an upcoming collab with Elton John.

Future releases new EP Save Me along with videos for three of the tracks.

Not Only Is Ye on Future’s Album, But DONDA Designed the Merch
CulturesponsoredMay 2, 2022

Future’s ‘I Never Liked You’ Album Isn’t as Toxic as You Think
CulturesponsoredMay 1, 2022

Highsnobiety Soundsystem 50: Rema, Moliy & Future Give Us the Love Songs We Need
CulturesponsoredFebruary 18, 2022