Announced last November, The Chi, Showtime’s gritty new drama detailing life in the South Side of Chicago, is finally set to premiere this Sunday at 10pm ET/PT.

Created and produced by Emmy-awarding winning actress Lena Waithe of Master of None fame, and executive produced by Common and Elwood Reid, the series is filmed entirely in its namesake city.

The Chi is a coming-of-age story that centers on a group of residents who become linked by coincidence but are bonded by the need for connection and redemption.

The Chi premieres tonight, January 7 at 10pm ET/PT, only on Showtime. 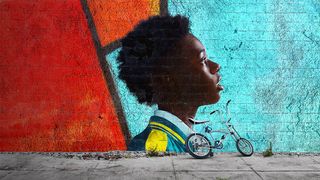 Get 30% Off New Season Clothing & Accessories at Harvey Nichols
SelectssponsoredApril 6, 2020

Kanye West Refusing to Get His All-New YEEZY 451s Wet Is Still a Big Mood
SneakerssponsoredMarch 2, 2020