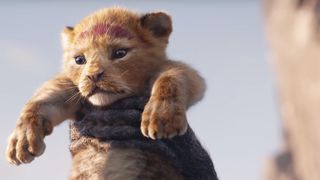 At long last, the first official teaser trailer for Disney‘s live-action The Lion King has arrived, and it’s absolutely stunning. Watch above.

The goosebump-inducing minute-long trailer returns viewers to Pride Rock, and shows the African savanna’s various inhabitants prepare to welcome their adorable future king — Simba. Merging CGI with live-action, we’re given a sprawling view of the beautiful landscape, alongside teases of beloved characters like Rafiki.

Directed by Jon Favreau, this live-action adaptation boasts a fantastic cast — Simba is voiced by Donald Glover, Pumbaa by Seth Rogen, Scar by Chiwetel Ejiofor, Nala by Beyoncé, and Azizi by Eric André.

Are you excited for Disney’s live-action Lion King? Share your thoughts in the comments.

The First Full-Length Trailer for ‘The Lion King’ Will Make You Ridiculously Nostalgic
MoviessponsoredFebruary 25, 2019