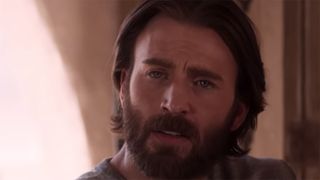 Today Netflix shares the official trailer for its new film, The Red Sea Diving Resort, which comes to the streaming platform later this month. The movie tells the remarkable true story of a team of international agents and brave Ethiopians who smuggled thousands of refugees into Israel in the early 1980s.

Chris Evans stars as Ari Levinson in The Red Sea Diving Resort, the charismatic leader of the group using a deserted holiday retreat in Sudan to smuggle refugees. Levinson and his team are joined by a fearless local, Kabede Bimro, played by Michael Kenneth Williams.

“During the day, the agents would entertain hotel guests, tourists and divers from all over the world. Then at night, they would go out into very dangerous areas and risk their lives in order to help the Ethiopians,” writer/director Gideon Raff told USA Today. “The story of Ethiopian Jews’ journey to Israel is one of great courage and sacrifice.”

First Trailer for ‘Knives Out’ Is a Star-Studded Murder Mystery
MoviessponsoredJuly 2, 2019