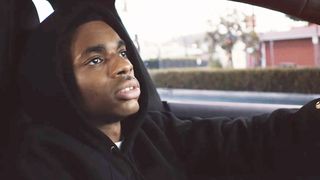 Vince Staples has just dropped the first trailer for a mysterious new TV project titled The Vince Staples Show, which is due to premiere later this week on Thursday, August 22. Watch above.

Staples didn’t deliver many details about the show, only describing it as an “all-new original series.” The trailer sees the rapper dropping off two boys outside a Whole Foods-style store to sell cookies —  an entrepreneurial project that Staples seems to be taking very seriously.

“You already know the deal, we’re not doing too much talking,” he tells the boys. “I ain’t got time for no cold feet. Both of you signed up for this. You either with it or you not.”

You can sign up for updates about the project at The Vince Staples Show.

Staples recently joined Motown Records and is preparing to drop new tracks. Read all the details about the deal and the other artists being brought over to the iconic label here.