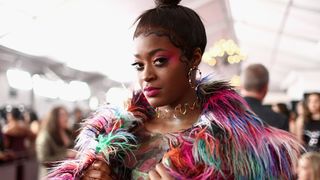 Tierra Whack was one of the best breakout talents that 2018 had to offer. Not only did Whack World make the cut for albums of the year, but it was one of the top ranked picks in the best music videos of the year list as well. The Philly rapper’s debut audiovisual album earned her a Grammy nomination and even though she didn’t take home the trophy, Whack is still a winner. Today, she dropped a fresh track called “Only Child” and if you’re feeling attacked then it’s probably because you’re a garbage person that is self-absorbed.

Whack was recently selected by Apple Music as the latest Up Next artist. Her short film for the series is scheduled to debut exclusively on the platform on February 26. Until then, stream her new single above and peep her interview with Beats 1’s Ebro Darden here. While you’re here, revisit our interview with Whack about how she dropped the wildest video of the year.

The Game Thinks the Internet Is Brainwashing You Into Liking Bad Music
MusicsponsoredFebruary 26, 2020
Follow
Highsnobiety Music
What To Read Next
Load More
Search Results
Load More