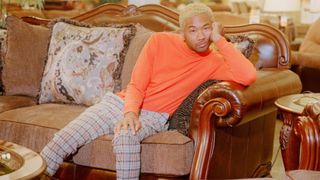 Following the announcement of his forthcoming Outer Peace album, Toro y Moi has shared another song from the project called “Ordinary Pleasure.” The playful track highlights Chaz Bear’s most playful sound from the album yet with the dominance of a funky bassline and bongo drum patterns.

“This record is a response to how disposable culture has become and how it affects creativity,” he said in a press release. “While listening, you might pay attention or ignore — either way that’s ok, this is music for a creative mind.”

Outer Peace follows his 2017 album Boo Boo and further explores Toro Y Moi’s musical talents by incorporating contemporary hip-hop, funk, and Eurodance elements into a dynamic soundscape. The album is slated to drop on January 18 via Carpark Records shortly after his headlining tour kicks off in Oakland. Toro Y Moi will also be launcing a pop-up at Family Affair Gallery in San Francisco in collaboration with O.P. Mart and Family Affair from December 7 to January 18. Scroll down for the full list of tour dates.

Tory Lanez Is Breaking the Internet Again With His New Mixtape ‘The New Toronto 3’
MusicsponsoredApril 10, 2020

Tory Lanez Premieres New Track “Do the Most” on His Quarantine Radio
MusicsponsoredMarch 27, 2020

Roddy Ricch Is Unstoppable in His New Video for “The Box”
MusicsponsoredFebruary 29, 2020
Follow
Highsnobiety Music
What To Read Next
Load More
Search Results
Load More