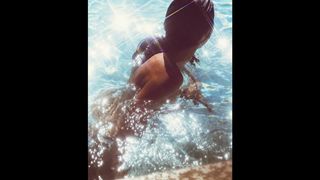 Tyler, the Creator has dropped a new song, “PUFF” which remixes his track “Blow My Load,” off his 2015 album Cherry Bomb. The relaxed, largely instrumental song is broken up by NFSW moans before a ‘Golf Radio’ emcee gives an outro.

This has been a good summer for Tyler fans. One year after the rapper dropped Flower Boy, he’s released a host of tracks throughout the warmer months, including “PEACH FUZZ,” “GELATO,” “435,” “QUARTZ,” and the A$AP Rocky-assisted “Potato Salad.”

Listen to the track above and let us know what you think in the comments below.