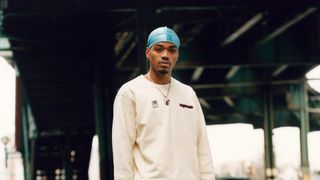 At 20 years old, skateboarder Tyshawn Jones is living a skateboarders dream. He’s created deals with adidas, crowned Thrasher’s Skateboarder of the Year for 2018, opened a food spot in the Bronx, Taste So Good!, and now is now gracing the cover and latest documentary by i-D.

Jones, who got his big break in Supreme’s 2014 clip “Cherry”, in which he infamously ollie flipped into the New York Court House, is now front and center of directors Matt Irving and Kirk Dianda latest visual. The documentary focuses on Tyshawn’s upbringing in New Jersey and the Bronx, to evolving into an international superstar.

Guest appearances include many popular names like Lizard King, Tony Hawk and Silas Baxter-Neal. Watch the full documentary in it’s entirely above.