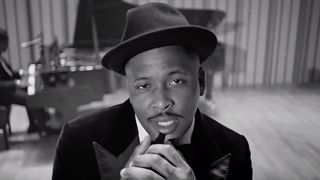 The video opens with YG performing in a tux to an enthralled crowd before cutting to various in-color-scenes of the rapper and his crew celebrating in restaurants and strip clubs, and driving his Maybach around his native West Coast. The laidback instrumentals paired with the black-and-white style ultimately gives narrative space for YG to expand on complex themes such as his gang affiliations, the passing of Nipsey Hussle, and his relationship to his hometown of Compton.

Watch it all unfold above.