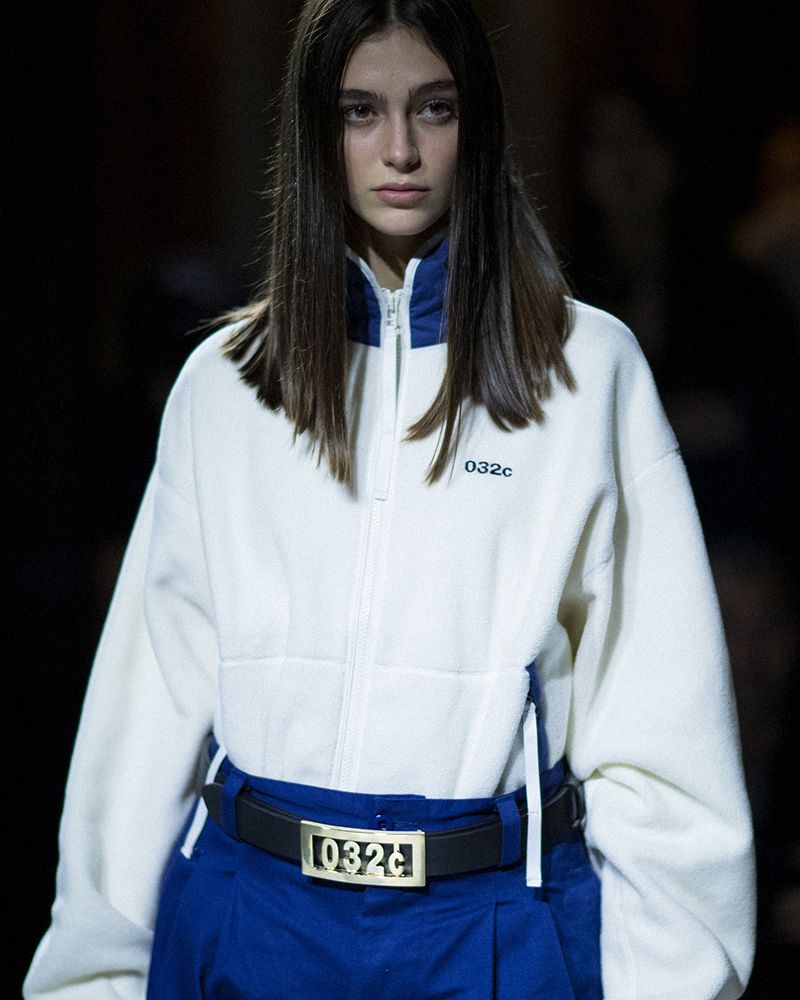 032c is the bi-annual culture magazine-cum-apparel brand covering art, fashion and politics, which has reached something of cult-status since its inception.

It was founded by Joerg Koch in 2000 in Berlin, and has been hailed for its in-depth retrospectives on designers and artists such as Pablo Picasso, Azzedine Alaia, Rei Kawakubo, Raf Simmons and Nicolas Ghesquiere, along with editorials featuring Kim & Kanye, Angela Merkel, Bella Hadid and Frank Ocean.

Alongside thought provoking journalism coupled with glossy photo shoots by A-list photographers, the magazine has simultaneously moved into the fashion arena. The apparel line owes much of its success to Maria Koch – wife of Joerg and second half of 032c – with a background as womenswear designer for Jil Sanders and consultant for Yeezy, alongside the magazine’s fashion director Mark Goehring.

The brand started out with highly-coveted streetwear merch in 2016, including T-shirts, motocross jerseys and socks, with garments flying off the shelves. Fast-forward to the present and the brand has morphed into a fully-fledged fashion label in its own right, with some notable collaborations along the way, including adidas, Stüssy, Alyx, Gosha, Dave’s NY, Swarovski and Justin O’Shea’s SSS World Corp.

In January 2018 the label launched its debut runway show “What We Believe” at Pitti Uomo in Florence, featuring their twist on workwear, with inspiration from Black Mountain College. In November the same year the “Cosmic Workshop” collection – tapping into 90s rave culture featuring harnesses and a Buffalo-collab – was shown in London. They also showcased the collection at David Lynch’s Silencio club in Paris in January 2019.

032c Turns the Mule Into a Utilitarian Masterpiece
SelectssponsoredSeptember 24, 2021