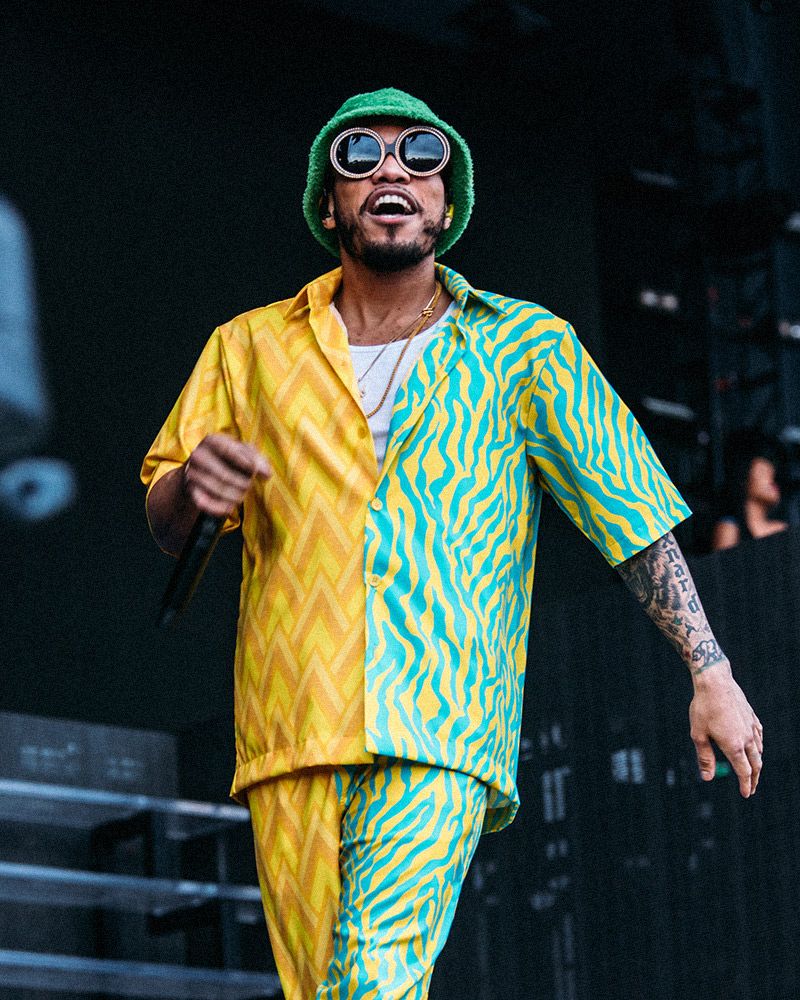 His handle on Instagram is @anderson._paak and he currently has over 1.2 million followers.

His latest album is 2019’s Ventura, which he wrote and recorded at the same time as his previous album, 2018’s Oxnard. The two albums, which were originally a singular album called Oxnard Ventura, were released just six months apart, flooding devoted fans with plenty of new music. Supported by singles “King James” and “Make It Better,” Ventura debuted at no. 4 on the Billboard 200, making it Paak’s first US top 10 album. Ventura is co-executive produced with Dr. Dre, and features guest appearances and production assistance from the likes of Andre 3000, Pharrell, Smokey Robinson, as well as posthumous vocals from Nate Dogg.

How old is Anderson .Paak?

Anderson .Paak is currently 33 years old and has been producing music since he was a teenager.

Why does Anderson .Paak have a dot?

In an interview given to NPR Anderson .Paak said:
“The dot stands for ‘detail’ — always be paying attention to detail. I feel that people take you as serious as you take yourself. I spent a lot of time working on my craft, developing my style, and after I came out of my little incubation I promised that I would pay attention to detail.”

Absolutely Yes. Paak played Drums for Eminem at the Super Bowl during Eminem’s performance of “Lose Yourself”.

Find all the info on his upcoming tour at: https://andersonpaak.com/

What is Silk Sonic?

Alongside co-collaborator and singer-songwriter Bruno Mars, .Paak formed what is now called Silk Sonic, a neo-funk group paying tribute to a shared love of 1970s soul music. The duo’s debut single called “Leave the Door Open”, became Paak’s first single to reach number one on the Billboard Hot 100, and also won him four awards at the 64th Grammy Awards, including Song of the Year and Record of the Year.

Works at a marijuana farm in Santa Barbara, California, but is fired without notice, leaving him homeless with his second wife and infant son. But with an assist from Shafiq Husayn of Sa-Ra, Paak gets back on his feet by working as Husayn’s assistant, videographer, editor, writer, and producer. During this time, he begins recording his first album.

Releases his second project, an all-covers EP called Cover Art. For the EP, he was inspired by white artists of the 1950s who covered blues and R&B records by black artists without giving much credit to the original. On Cover Art, he reversed that process, instead taking rock and folk classics from white musicians and turning them into funk, jazz, soul, hip-hop, and R&B records.

Sheds the Breezy Lovejoy name for Anderson .Paak and releases his debut album Venice. He also performs six songs on Dr. Dre’s Compton and two on The Game’s The Documentary 2.5. Based on the strength of his new music, he joins Jhene Aiko on tour.

Spends the year recording his follow-up album to Venice with the likes of Schoolboy Q, 9th Wonder, and Flying Lotus.

Drops his second album, Malibu to widespread critical acclaim. Shortly after its release, citing his swift and successful working relationship with Dr. Dre, Paak signs to Dre’s Aftermath Entertainment and is named one of XXL’s Freshmen.

His single “Till It’s Over” features in a Spike Jonze-directed Apple commercial. Releases his third album Oxnard in November, which features a slew of high-profile guests like Kendrick Lamar, Snoop Dogg, J. Cole, Pusha T, and Q-Tip. Dr. Dre executive produces the album, which pays tribute to Paak’s hometown of Oxnard, California.

Begins a world tour in support of Oxnard before releasing Ventura in April. The two albums dovetail well, with Oxnard telling specific stories of Paak’s upbringing and Ventura focusing in on Paak’s personal life.

Paak and fellow singer-songwriter Bruno Mars announced they formed a band together called Silk Sonic. Their debut studio album “An Evening with Silk Sonic” was released on November 12 and includes a collaboration with none other than Thundercat and Bootsy Collins.

On February 13, Anderson .Paak was a special guest playing drums alongside 50 Cent at the Super Bowl LVI Halftime Show.