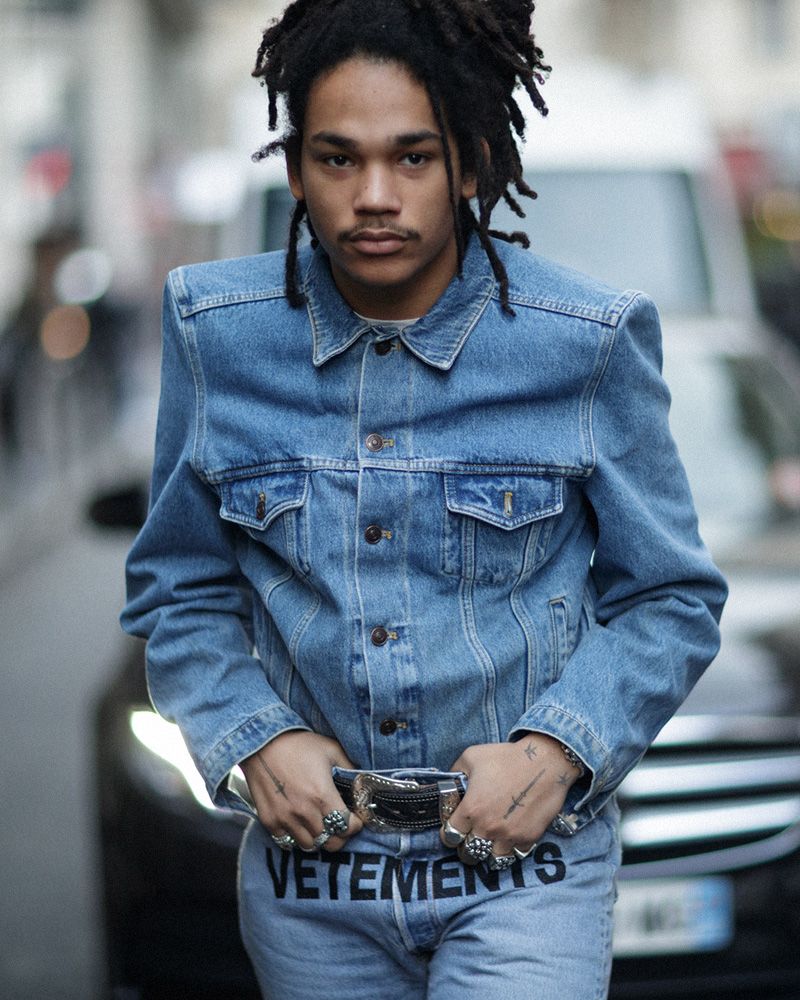 Luka Sabbat is an American model and cultural influencer who has worked with Warren Lotas and YEEZY. He was born in New York and grew up between there and Paris. Sabbat defines himself as “Creative Entrepreneur exploring alla the world has to offer. Stylist, Creative Director, Design Director, Actor, Model, etc…..” With a portfolio that extends well past his years, a mother who worked as a stylist for John Galliano and a father who designed clothes in Paris, Sabbat was exposed to the world of fashion at a young age. Stints with Vogue, i-D, Hood By Air and Stussy have already woven him into a seasoned professional belying his young age. Sabbat has amassed an Instagram following of over 1.8 million users, but has been outspoken about the “so-called influencers.” His style is recognized as among the most on-trend in the world right now, with his classic ensemble of double denim, tucked T-shirts, boots, big buckles he brings a modern take to the cowboy aesthetic. 2016 saw Sabbat team up with Noah Dillon to create their own brand Hot Mess. A guerrilla marketing campaign in 2018 announced merch for the brand, who have since collaborated with American Apparel.

Are You Ready to Take Your Footwear the Extra Inch?
SelectssponsoredFebruary 22, 2019

Luka Sabbat, One of the Culture’s Biggest Influencers, Thinks the Influencer Bubble Will Burst
LifesponsoredFebruary 7, 2019