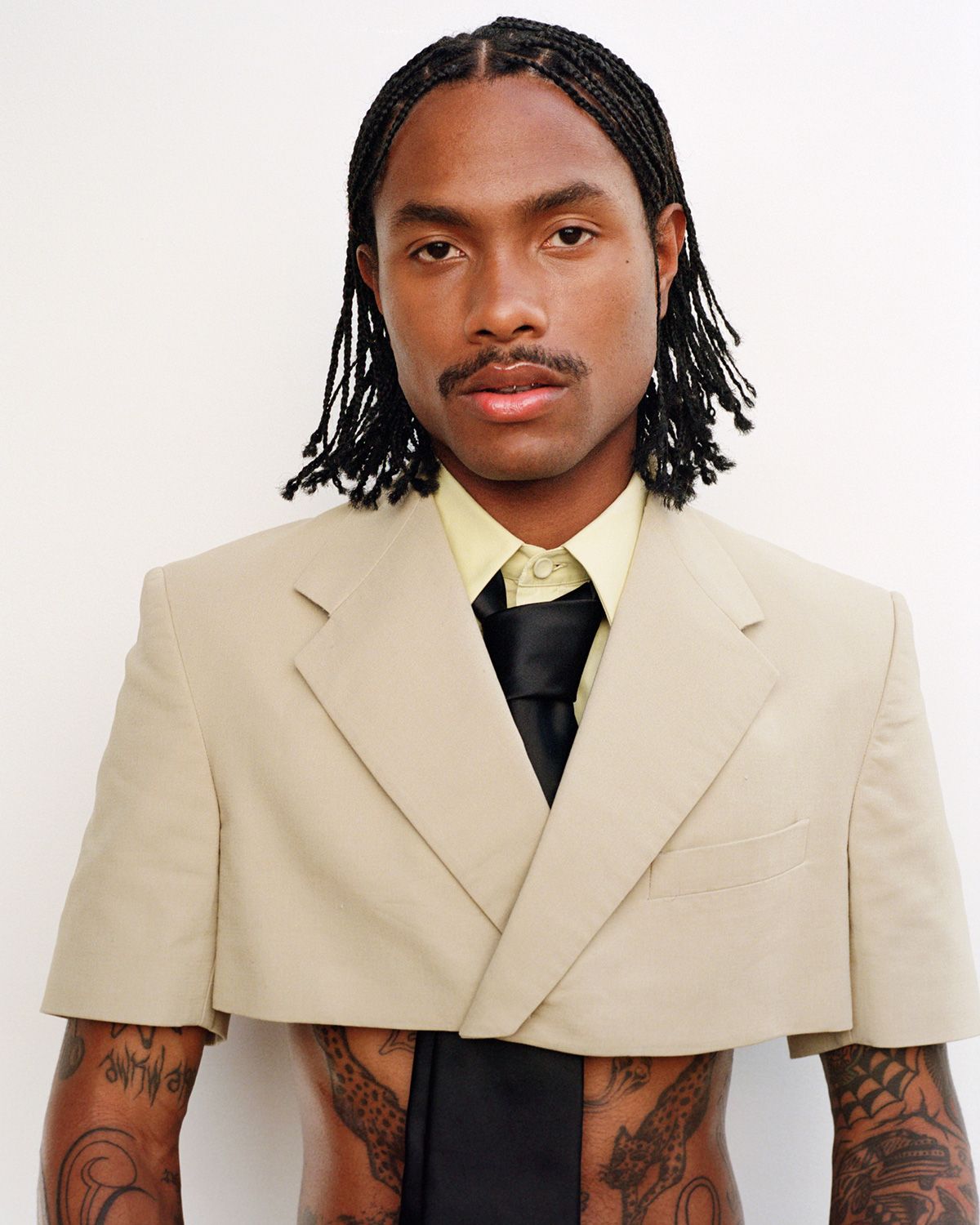 What is Steve Lacy's real name?

Where was Steve Lacy born?

How old is Steve Lacy?

Where does Steve Lacy live?

How tall is Steve Lacy?

Who is Steve Lacy?

Steve Lacy is a guitarist, bassist, singer-songwriter, and record producer from Compton, California, the US, and his meteoric rise to stardom is the stuff of legend.

Lacy started making music from a young age, producing beats using his iPhone. He got more serious with music production when he met fellow band members of the band The Internet with Jameel Bruner and co-produced eight tracks for The Internet’s third studio album, Ego Death, in 2013. Steve Lacy’s first chart-topping solo hit, “Bad Habit,” was released in 2022 from his third studio album Gemini Rights.

On top of his accomplishments in the music industry, Lacy has emerged as a bona fide style icon. Lacy has become well-known for his foray into the world of fashion, walking the runway for Virgil Abloh’s first Louis Vuitton show in Paris in 2018 and courting his nearly 3 million Instagram-followers with his daring, fashion-forward style.

How did Steve Lacy get famous?

Steve Lacy was a young man from Compton, California, who started playing the guitar at the age of seven through the video game Guitar Hero, while feverishly wanting a MacBook Pro for Christmas to produce beats.

He never got the MacBook, so he ingeniously perfected the art of music production using his iPhone and a plug-in piece for his guitar, an iRig, instead. Steve Lacy got famous after joining the alternative R&B and soul band The Internet in 2013. He gained widespread recognition after one of his songs, “Bad Habits,” made it to the top of the charts in 2022.

What music genre is Steve Lacy?

Steve Lacy himself describes his infectiously sunny, funk-fueled sound as “plaid music” – where “there’s a lot going on” which “all goes together to be one pattern.”

When is Steve Lacy dropping a new album?

What is Steve Lacy’s Net Worth?

Through his high school jazz band, he met the former band member of R&B sensation The Internet, Jameel Bruner, who roped him in on the project, and in 2013 Lacy began producing for the band.

Merely a year later, in 2016, Lacy was Grammy-nominated for Best Urban Contemporary Album while he was still in high school.

This prompted legendary guitarist Nile Rodgers to invite the young prodigy to hold a lecture on technology and music at the 2017 TEDxTeen conference in New York City, hailing him as “innovation personified.”

On the back of this, Lacy released his debut project, a song series titled Steve Lacy’s Demo, in 2017, mainly using – you guessed it – his iPhone, singing his vocals right into its built-in microphone, and programming the drum patterns in Ableton.

Since then, he’s gone on to make tracks for the likes of Kendrick Lamar (and the seminal hip-hop album DAMN.), Vampire Weekend, J. Cole, Tyler, the Creator, YG, Twenty88, Solange, and Goldlink, to name just a few.

In 2017, Steve Lacy appeared for the first time on Billboard’s top charts, reaching 47 on the Hot R&B/Hip-Hop Songs chart with a featured act on Tyler, The Creator’s “911 / Mr. Lonely,” also featuring Frank Ocean.

In 2019, on the night of his 21st birthday, Lacy released his first full-length solo album Apollo XXI to widespread acclaim.

Apollo XXI was the talented guitarist and singer’s debut album with a blend of R&B, lo-fi pop, and hip-hop mix, which was also nominated for Best Urban Contemporary Album at the Annual Grammy Awards.

In the same year, Lacy had been working on other projects, including two songs for Solange’s album When I Get Home, and was featured in Vampire Weekend’s “Sunflower” song and music video.

In December 2020, merely a year after the debut album Apollo XXI, Steve Lacy released a compilation album, The Lo-Fis. It was a collection of his earlier creations, featuring SoundCloud excerpts, demos, and other instrumentals, including tracks “Atomic Vomit,” “When I,” “That’s No Fun,” and its closing track, “Outro Freestyle”.

Over the course of 2021, Lacy worked on his new, third studio album Gemini Rights, which included what became his first chart-topping track, “Bad Habit,” a year later, collaborating with like-minded artists like Tyler, The Creator as trusted advisors.

In 2022, Lacy entered the Billboard Hot 100 for the first time as a solo recording artist with the song “Bad Habit” on July 16. A few months later, it surged to the top of the charts, ranking 2nd place as of September 10, 2022.

In March 2022, Lacy is chosen as one of the starring celebs for the #YourChoiceYourFARFETCH campaign alongside Kim Cattrall.

And Just Like That, Kim Cattrall Is the Face of Farfetch
CulturesponsoredMarch 16, 2022

Tune in to Our 50 Favorite Tracks of 2019 Playlist
CulturesponsoredDecember 20, 2019

Steve Lacy Has Been Getting ’Fits Off Since 8th Grade
StylesponsoredApril 10, 2019

And Just Like That, Kim Cattrall Is the Face of Farfetch
CulturesponsoredMarch 16, 2022
Search Results
Load More
Account