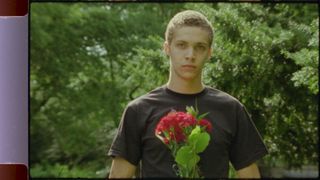 Under the Radar is Highsnobiety’s weekly celebration of upcoming talent brought to you by Avión Tequila. Each week, we’re spotlighting an emerging brand that’s bringing something new to the worlds of streetwear and fashion.

Pat Peltier started Bandulu while going to art school in Boston. An early reader of Highsnobiety since its inception in 2005, he credits us with putting him onto the best in sneakers, streetwear, and fashion. By the time he started going to MassArt around 2008, he’d amassed a small collection of covetable gear.

Unfortunately, as an art student, Peltier saw a lot of his best stuff get paint on it in his studio, or otherwise stained during his day-to-day life. It’s a pain shared by anyone who’s tried to go a week while keeping a fresh white pair of Air Force 1s or a crisp white tee in pristine condition. City life and creative pursuits generally don’t mesh well with wearing lighter colors.

“I would always ruin my shit being in art school,” says Peltier. “I lived a messy lifestyle that didn’t really match that kind of  ‘sneaker collector cleanliness.’ So the concept came out of me being like: ‘Okay, I ruined my favorite Nike or Ralph thing, how can I reconstruct it?’”

The first time Peltier intentionally put paint on a garment, it was a Ralph Lauren T-shirt with a stain around the pony. He saw the paint splatters as an abstract expression of that logo, and decided to keep building around that theme. He described it as “the most pretty accident you could have,” and early Bandulu pieces largely consist of upcycled knitwear from brands like Champion, vintage tees, and Nike products with an embellished Swoosh.

Much of it was thrifted from places like Goodwill, adding a layer of affordability and sustainability to the business side. After Peltier’s handiwork elevated the garments to a different level, they became all the more unique. And yes, his prices for pieces can be expensive (around $450 for a hoodie), but when you factor in the handmade nature and the time he spends crafting each piece, he’s putting a fair price on his labor. The name itself is a Jamaican patois term for bootleg gear, and the label’s mantra is “You know it’s real if it’s fake.”

There are multiple layers to the meaning, but what’s clear from the moment you meet Peltier is he’s about as real as it gets. During our interview, his studio is in all sorts of disarray from projects he’s working on, and he pauses our conversation to throw on a shirt from one of his upcoming collections. It’s a reworked Majestic baseball tee with “Only God Can Judge Me” embroidered on top of the Majestic logo.

Bandulu’s glo-up came in the mid-2000s, when Peltier found himself working as a shop guy at revered Boston sneaker and streetwear shop Bodega. Known for its retail outposts that are more than meets the eye (its Boston shop is located behind a door disguised as a Snapple machine in an otherwise unassuming convenience store facade), Peltier fit right in, finding a creative kinship among its staff. Ironically, he found himself not wanting to rock his own label at the store.

“I just did it and I did it very much for me. I just wore it,” says Peltier of Bandulu’s early days. “When I first started working at Bodega, I thought they would think it was corny and like, lame art school stuff. I just didn’t see it as a brand.”

A year or so later, Peltier ended up wearing one of his pieces to work, and the response was more than just positive—they wanted to carry it in the shop. So in 2013, Peltier and Bodega teamed up to turn Bandulu from a passion project into a full label. Peltier came up with the designs, and Bodega took care of the marketing around it. Bandulu’s first run sold out in a week, and already attracted some high-profile clients like comedian Maya Rudolph.

The Bodega relationship helped Peltier expand the scope of his line. It evolved from calculated paint splatters to intricate embroidery—sometimes emulating paint splatters, which is kind of meta. He also got the opportunity to showcase his drawing abilities. He’s been illustrating since he was four, and went to school for animation. Bandulu’s tees cost much less than the upcycled creations, but Peltier grounds his influences of ’90s animation and bootleg tees into the art. One shirt has Piccolo, the green-skinned Namekian from Dragon Ball Z, posted up with a basketball hoop and his arm around the title character from MTV show Daria.

“Some artists they find what they do and then they dumb it down into a process, and I get that—there’s validity to that, but I also think being an artist is coming up with new ideas,” he says. “Those T-shirts are cheaper than the handmade stuff, but at the same time, I still get to flex my creative muscles with making those illustrations—that kind of mishmash of Japanese and American cartoons and the fashion of today. It’s just a further creative exploration.”

And Peltier’s latest expansion of the Bandulu universe is into official sneaker collaborations. The first was with Converse in 2015, a small run of high-top Chuck Taylor ’70s with embroidered paint splatters. Three years later, he followed that up with a Celtics-themed capsule collection and a shamrock-emblazoned pair of kicks. But his latest collab takes things to the next level: a signature sneaker design for Kyrie Irving.

The Bandulu x Nike Kyrie 5s channel some of Peltier’s best-known motifs and distill it into a signature shoe. It saw a pretty wide release with stockists as mainstream as Foot Locker. On the one hand, Peltier feels like his years of hard work are paying off by getting signed the majors in a sense, but on the other, it also feels like a natural progression from his past collaborations and relationships.

Certainly Peltier’s work with Converse and his rising fame in Boston (he moved to New York full-time a little over two years ago) made him a natural fit for Kyrie Irving’s sneakers, but execution-wise, he’s humbled by how much of his own personality he was able to retain in the shoes.

“I wanted it to be very unapologetically me,” he says of the collaborative kicks. “But I wanted everybody to wear it: 16 year-olds, 26 year-olds, 46- year-olds—that’s a hard task, but I think I did a pretty good job.”

And true to Peltier’s nature, instead of resting on the laurels of this project, it’s time to go back to the drawing board to work on whatever else he wants to cook up.

“I’m always coming up with new ideas—whether its bags or home goods or little trinkets,” he says. “I want to do what I do consistently, but I don’t want to just stay there. I want to always be making my own lanes.”

For more on Bandulu, check out Pat Peltier on this episode of The Dropcast:

15 Drops
The 15 Best Products to Drop This Week & Where to Buy Them
SelectssponsoredJune 23, 2019