In pop culture’s vision of the future, we’ve dreamed up outlandish ideas of what tomorrow will bring. Space colonies, flying cars, and world peace have all become hallmarks of the brave new world we’re promised and, while we’re definitely not there yet, we’ve come a long way.
Technology has swept a million different functions into a single smartphone and music has shrunk down to fit into the crook of our ears; filtered through headphones as tiny as our savings accounts (and as easy to lose). The future isn’t in the sky or in space, it’s in the palm of our hands, in the clothes we wear, and now, on our face. Just as music has moved from vinyl to cassettes to CDs to MP3s, the future of listening to our favorite tracks is invisible and coming straight from the master audio equipment makers at Bose.
They’re betting that the future of music isn’t coming from traditional headphones because, to borrow from the great prophet Fergie, headphones are so two thousand and late, while the “three thousand and eight” future of music is wrapped in nylon and hidden behind the dark lenses of Bose Frames sunglasses.

Putting a top-quality audio experience into sunglass frames feels like as seismic a shift as the first era of wireless headphones. For both casual and hardcore music aficionados, that moment was a revolution and a welcome reprieve from untangling headphones cords. Suddenly, Bluetooth headphones in over-ear or in-ear styles reigned supreme and while Bose has certainly been part of the top-tier of wireless headphone makers, the 55-year-old company looked to a future far beyond perfectly-tuned sound; one that was shaped by the wearable tech wave that has swept through fashion.

Long gone are the days of stunting on friends with a jumbo-sized “mobile” phone pulled out of whatever equally massive pants pocket will hold it or headphones engulfing our ears like hair buns in a galaxy far, far away. The best accessories are sleek, slim, and as unobtrusive as possible, which could’ve made audio headphones a massive gamble. After all, we’ve lived and suffered through tech bros trying to convince everyone that smart glasses were a thing (they were definitely not a thing).
But across two styles — the larger, angular Alto and smaller, rounded Rondo — the Bose Frames feel like the magic trick that smart glasses dreamt of being. Though that may be helped by the fact that the meticulously molded nylon frames and metal hinges make them look like normal sunglasses.

Equipped with first-of-its-kind audio augmented reality platform that brings a touch of the digital world to the shades, Bose Frames audio sunglasses are an inconspicuous answer to the question of how to bridge the gap between a perfect silhouette and the need to catch up on the latest true crime podcast.

With the Alto and Rondo frames, Bose sent wearable tech and the audio-experience in a whole new direction, but it’s about more than just the under-the-frame magic they’ve packed in. The frames are fire because they could pass for any other stylish pair of shades, they can take your calls and soundtrack your summer, and most importantly, they’ll provide the most literal sing-along to “I Wear My Sunglasses at Night” ever. How’s that for a flex? 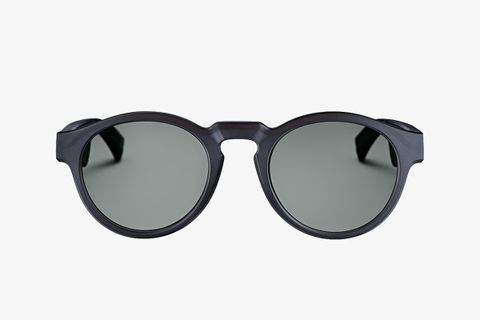 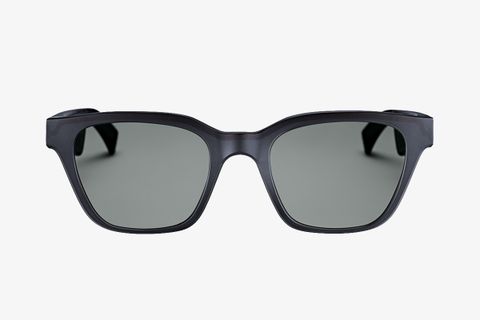 Peep all the Bose Frames info on Bose.com and then cop the shades in the larger Alto and smaller Rondo styles.

Words by Chris Thomas
Most Popular