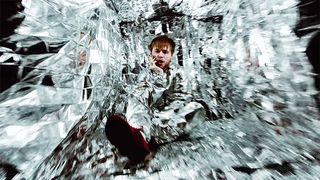 BROCKHAMPTON are on a roll. The group just dropped the fourth single from their upcoming album GINGER, which arrives tomorrow. Titled “No Halo,” it sees the group rhyme about darker topics, such as failed relationships, breakups, troubled mental health, and substance abuse. Watch above.

Just like the three prior singles, the track was released along with a music video. The iridescent visuals carry the introspective song. It features alternative singer Deb Never who lays down the melancholic chorus, and Ryan Beatty, who has collaborated on tracks such as “BLEACH” and “QUEER.”