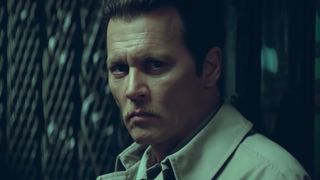 Global Road Entertainment releases the first trailer for upcoming crime drama film, City of Lies, based on the true story of the attempt to solve the murder of rapper Notorious B.I.G., which still remains officially unsolved.

Directed by Brad Furman, the film stars Johnny Depp, portraying as LAPD detective Russell Poole, who teams up with journalist “Jack” Jackson (Forest Whitaker), as they try and discover what happened to Biggie Smalls two decades after his murder.

As they search for the truth, the two unravel a web of institutional corruption and lies, but determined to uncover the conspiracy and crack the foundation of the L.A.P.D. and an entire city.

For more, check out the documentary, ‘Unsolved: The Murders of Tupac and The Notorious B.I.G.’ which released this past February.

Now, here are 20 facts you may not know about the Notorious B.I.G.