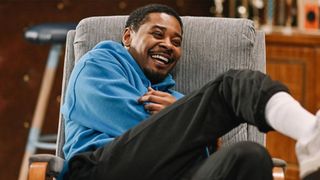 We had an inkling that Danny Brown‘s new VICELAND show was going to be good when we spoke to him back in April. Now, the trailer for the first season of Danny’s House confirms it. Brown hosts the likes of A$AP Rocky, Hannibal Buress, Ilana Glazer, EL-P, in his Bushwick warehouse studio– which has been transformed into a Eric Andre Show-esque suburban oasis.

ScHoolboy Q, the Insane Clown Posse, Gilbert Gottfried, Ron Funches, Jim Duggan, and more have all been lured out to Danny’s House for season one. According to Pitchfork, you can catch a bit of his new original theme song, which will play in full during the show’s opening credits.