Pablo Picasso, the man behind masterpieces like Guernica and Le Demoiselles d’Avignon, was someone whose radical view of the world made an incalculable influence on high art. His style with a brush and canvas was one of a kind, cementing his place as one of the greatest of all time. But look to the man behind the work, and you’ll see someone whose confidence radiated far and wide, both in his willingness to take on new art forms (i.e. ceramics) and in the everyday casualwear he sported.

Confidence, when it comes to style, is very much “the secret stuff,” and when looking back at photos of Picasso — particularly ones taken in Cannes near his vacation home — it’s hard not to be drawn to the things he wore and the way he wore them.

Often, great artists evoke an attractive sense of style because clothes are not their primary focus, and Picasso is the perfect example. An artist’s style choices are simply natural extensions of themselves. Their shirts are literally stained with their creativity, permanently pressed onto the fabric of their wardrobe. Rolled up sleeves, paint stains, and wrinkles all imbue the style of Picasso with a sense of casualness and comfort that is hard for us mere mortals to replicate in its sincerity, but is approachable in its execution.

In other words, he wore what he wore because it made sense for his lifestyle, not because he was attempting to appear on the cutting edge. It’s easy to imagine him in these clothes, strolling around town, smoking cigarettes, and sitting at a pottery wheel around sunset, feeling calm and inspired. And particularly at a time when distance and solitude are on everyone’s mind, this easy-going feeling — and one that’s carried into one’s clothing choices — is something to aspire to.

Still, unlike his world-bending, paradigm-shifting artwork, Picasso’s style was relatively simple, leaning on a healthy helping of staples like striped shirts (Picasso is basically the archetype for the striped shirt-wearing artist), patterned pants, and some impeccably lengthed shorts that paired perfectly with the breezeyness of a temporary life in Cannes. When he dabbled into workwear, it came in the form of a bright red shirt jacket — the kind of practical item that doesn’t require its wearer to be precious, and can stand up to years in the studio while still retaining its structure.

Similarly, his pants in the same photo — which were workwear-y and tied off with string in lieu of a belt — evoke the subtle ways in which an outfit can ascend from everyday to personalized. Even when Picasso wore an average pair of green pants, he couldn’t help but make them his own.

That isn’t to say Picasso was beyond wearing more luxurious items, like a striped, knit polo, or a camel-colored cashmere sweater with a deep V (styled over a ringer for an extra dose of contrast). Furthermore, his watch — with its leather band and gold face — is timeless (no pun intended) in any era.

Ultimately, even if none of us will ever own one of his paintings, his sense of style is just one more piece of Picasso that will live on forever.

Here, we’ve selected a few of our favorite Pablo Picasso style moments, and shown you where to buy similar pieces on the market today. 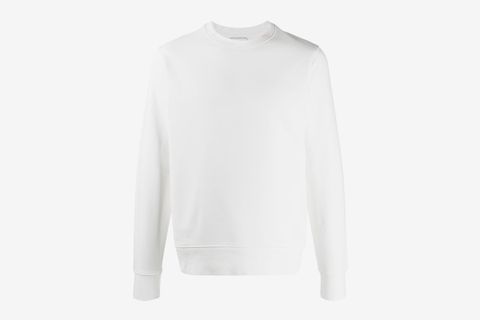 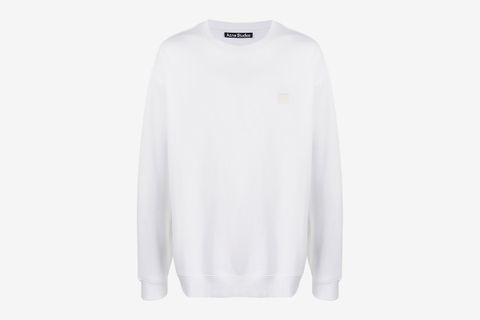 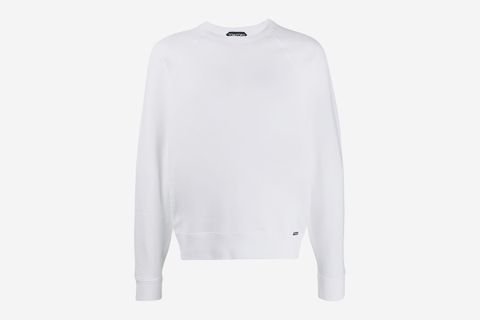 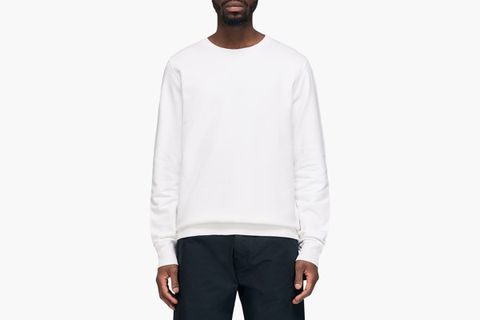 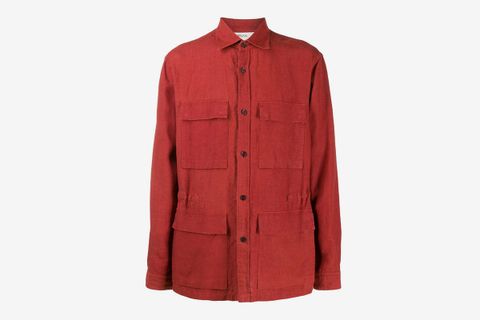 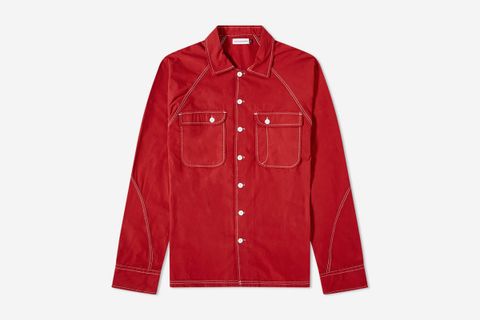 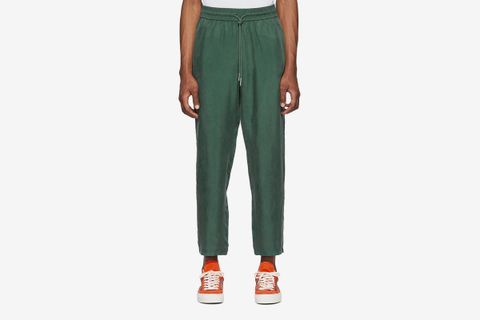 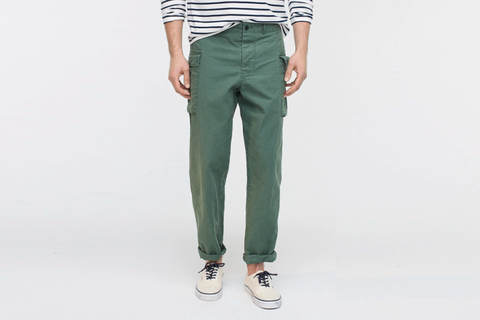 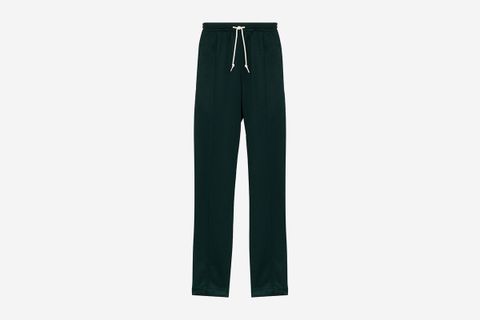 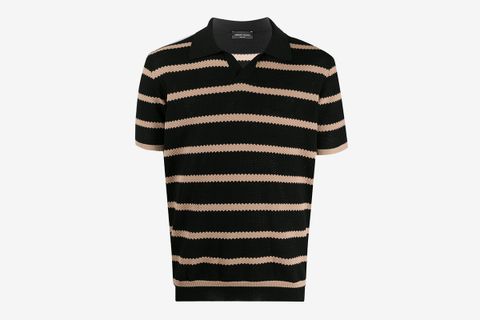 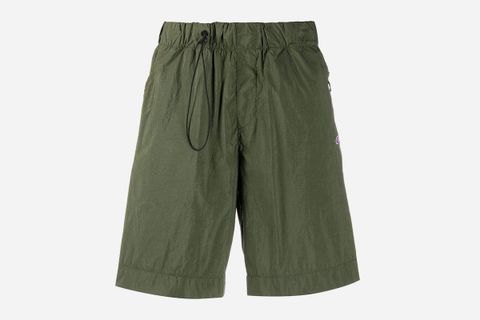 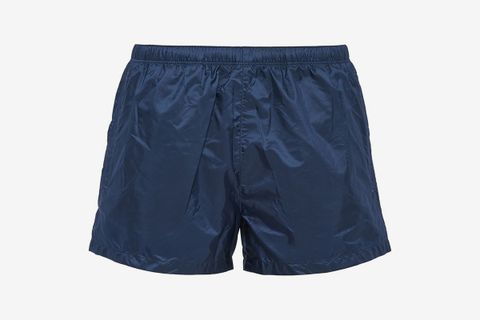 Picasso with a hat and gun gifted by Gary Cooper, 1959 by Andre Villers. On view in our booth at @photolondonfair #andrevillers #picasso #photolondon 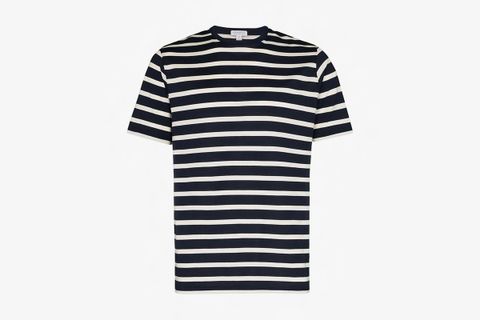 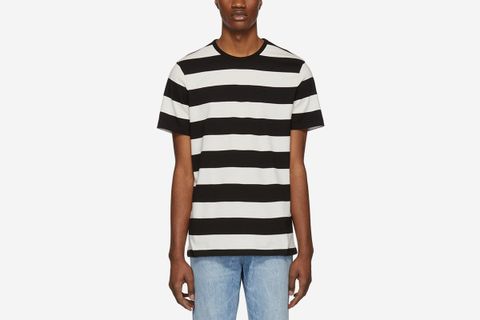 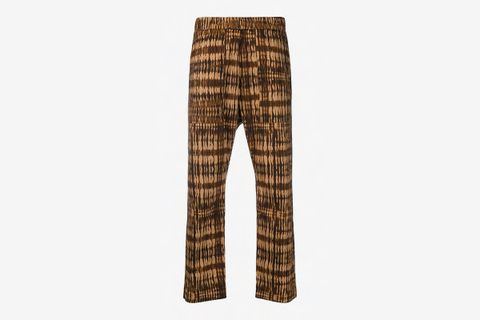 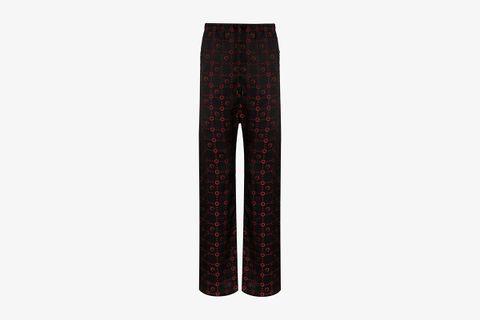 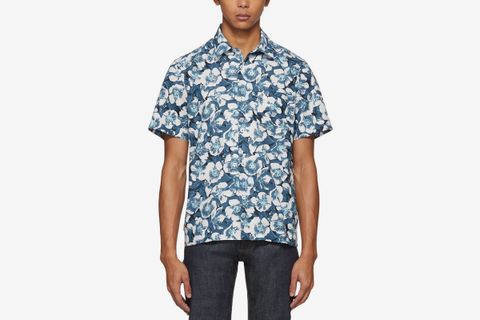 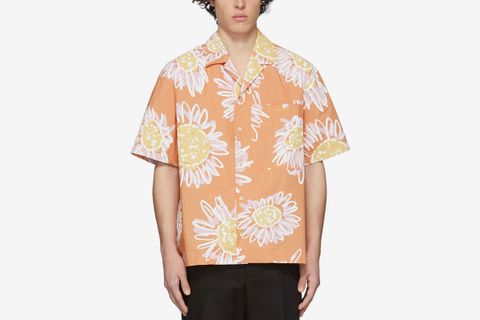 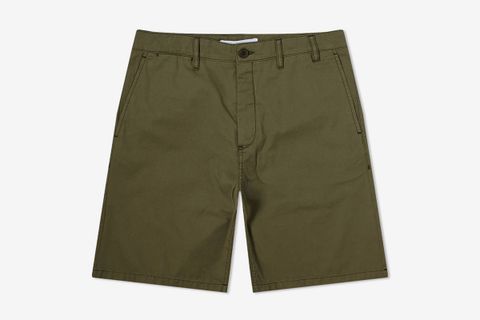 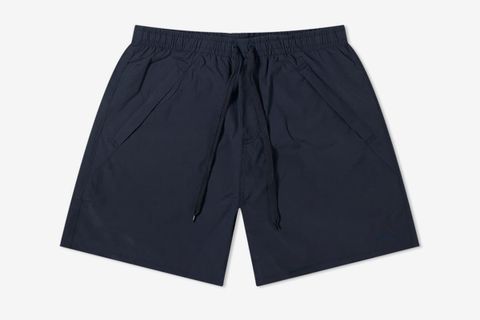 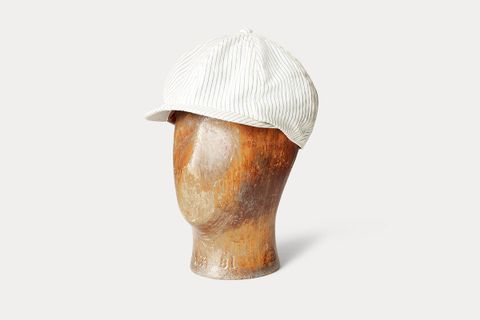 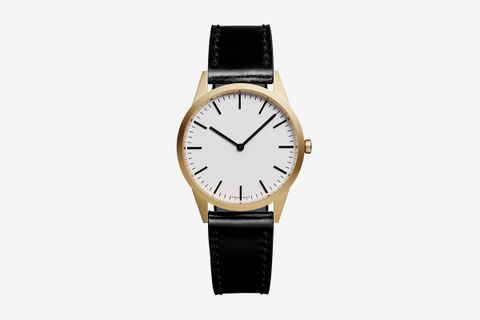 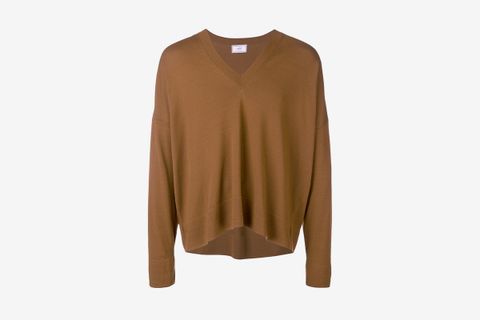 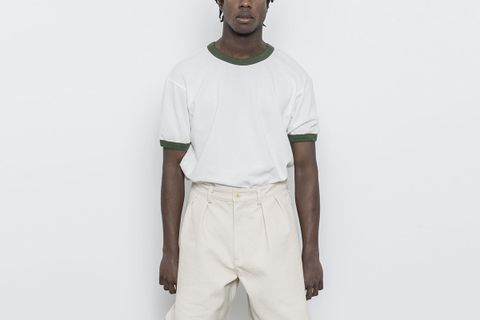 Summer Colorways: All White Everything
SelectssponsoredMay 7, 2020