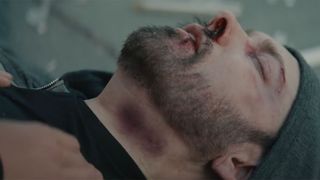 Eminem has shared a new visual for “Good Guy,” taken from this year’s album Kamikaze. The intense video finds the rapper and featured artist Jessie Reyez engaged in a brutal fight that doesn’t end well for either of them. Watch it above.

“Good Guy” follows the visuals for Kamikaze-cuts “Venom,” “Lucky You,” and “Fall.” “Venom” was released in tandem with the Tom Hardy-starring superhero film of the same name, revisit that visual below.

In other music news, Jorja Smith has shared a heartbreaking new visual for her ‘Lost & Found’ track “The One.”