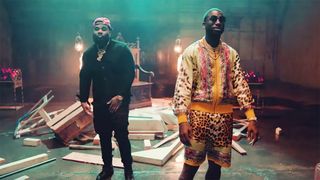 After announcing the release date and tracklist for his forthcocming album, Evil Genius, Gucci Mane has dropped a Kevin Gates-assisted single called “I’m Not Goin.'” The track arrives with an accompanying visual as well.

Up next, watch Juicy J and Travis Scott’s video for their latest collaboration, “Neighbor.”