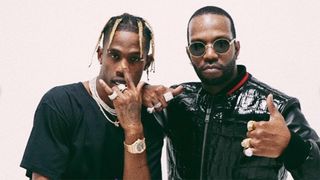 Reportedly putting the finishing touches on his new album, Juicy J takes some time this week to unleash the music video for his latest collaboration with Travis Scott, “Neighbor.” Juicy premiered the track back in September on Zane Lowe’s Beats 1 show.

Both Juicy and Travis are featured in the RJ Sanchez-directed clip, as they can be seen raging in an empty warehouse. Press play above to check it out.

Recently Juicy J has been lending his production skills to the likes of Wiz Khalifa and French Montana, among others. Travis, on the other hand, is currently on the road for his Astroworld tour.