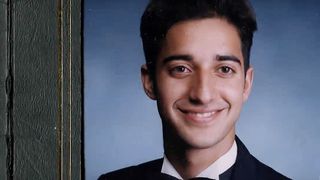 After dropping a teaser earlier this month, the first full length trailer for HBO‘s new documentary series The Case Against Adnan Syed has arrived. Watch above.

Syed was convicted of murdering Hae Min Lee back in 1999, yet the case resurfaced in 2014 thanks to Sarah Koenig’s hit podcast Serial, which brought up questions surrounding his conviction. Now, HBO’s four-part mini-series promises to pick up where the podcast left off.

Produced and directed by Amy Berg, the series moves through interviews with the many individuals involved in the case’s 20-year history — from private investigators, law enforcement officials, to family and friends, and Syed himself — and looks to be stacked with “new discoveries and revelations that challenge the state’s case.”