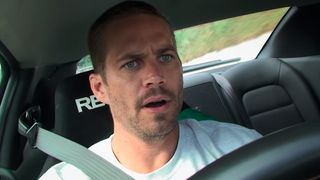 Paramount Network has released the official trailer of I Am Paul Walker, a touching new TV documentary about the life of the late actor.

Father. Humanitarian. Friend. Paul Walker’s was a life fully lived. Hear his story from those who knew him best when #IAmPaulWalker comes to #paramountnetwork August 11 at 9/8c.

Walker was killed in a tragic car accident in 2013, along with his friend Roger Rodas, as the Porsche that Walker was driving lost control and burst into flames after crashing into a concrete lamp post.

This is the latest in Pararmount’s original “I Am” documentary series, which also includes titles like “I Am Heath Ledger,” “I Am MLK Jr.,” “I Am Chris Farley” and others.

I Am Paul Walker premieres August 11 at 9 p.m. EST on Paramount Network.

Up next, Ryan Reynolds is developing a stoner version of ‘Home Alone.’