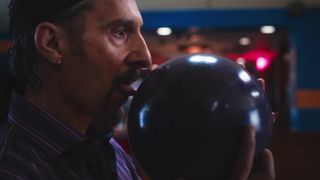 21 years after the cult classic The Big Lebowski, we finally get our first look at its sequel Jesus Rolls. The film has John Turturro reprising his role as the wild Jesus Quintana, and follows a trio of misfits whose irreverent, sexually charged dynamic evolves into a surprising love story.

Taking everyone by surprise, a first trailer for Jesus Rolls has dropped, but not in the way we thought. It’s been dubbed in Italian. So, unless you can speak the language, it may be difficult to understand what’s going in the video. However, there are a few key things we can still takeaway from this.

The sequel is reportedly due out in 2020. Watch the Italian-dubbed trailer for Jesus Rolls above.

‘The Big Lebowski’ Sequel ‘The Jesus Rolls’ Will Arrive Early Next Year
MoviessponsoredJuly 9, 2019

Missy Elliott’s Sneaker Rotation Is so Big It Has Its Own Warehouse
MusicsponsoredMarch 4, 2020

Watch Chance the Rapper Bring Out Kanye to Kick Off His “The Big Tour”
MusicsponsoredSeptember 29, 2019
What To Read Next
Load More
Search Results
Load More