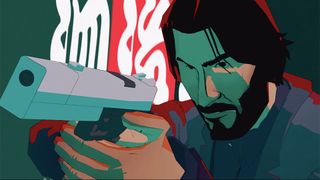 A John Wick video game is in development and expected to release later this year. Called John Wick Hex, the game will be a “fast-paced, action-oriented strategy game,” allowing players to meticulously plan their kills as the titular assassin does in the movies.

According to the publisher, “Every move in John Wick Hex feels like a scene from the movies, and every fight contributes to your progress on the job and requires precise strategic thinking.” What’s more, ammunition will be realistically finite, meaning players have to be strategic with their “gun fu” actions, shooting only when necessary and scavenging for weapons or ammo left behind by enemies.

Actors Lance Reddick (Charon) and Ian McShane (Winston) will reprise their roles from the movies. The rest of the voice cast has yet to be revealed — but we’re obviously hoping that Keanu Reeves will lend his voice to the project.

John Wick Hex is currently being developed for consoles and PCs, but it hasn’t been confirmed which consoles will receive the game.

Keanu Reeves‘ third outing as the retired assassin, John Wick: Chapter 3 — Parabellum, is in theaters May 17.

The 10 Wildest Chains in the Rap Game
MusicsponsoredMay 6, 2019

Jon Bernthal of ‘The Punisher’ Is the Villain in ‘Tom Clancy’s Ghost Recon Breakpoint’
LifestylesponsoredMay 10, 2019
What To Read Next
Load More
Search Results
Load More