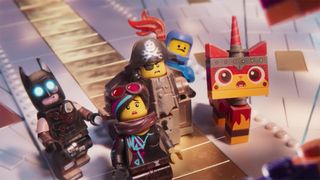 The anticipated LEGO Movie sequel is due out early next year, as today we receive the second official trailer for the picture. Titled The LEGO Movie 2: The Second Part, the film is set five years after the events of The LEGO Movie, during a time when Bricksburg is being invaded by outer space.

Emmet, Lucy, Batman, and the gang must come together to restore harmony to their beloved town before everything is torn apart. To accomplish this, they are forced to travel to a faraway galaxy, one where everything is musical.