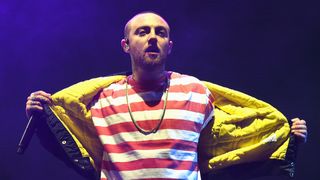 Madlib teased more unreleased music by the late Mac Miller at the Warm Up event at MoMA PS1 in Queens, New York this weekend.

Soon after Miller’s death last September, it was revealed that he and Madlib had been working on a collaborative album titled Maclib. The album was originally hinted at by Thelonious Martin in an interview with DJBooth, in which he revealed that there might be more Mac Miller music out there. We got a first taste of the album in March, when Madlib played an unreleased track from himself, Miller, Thundercat, and Freddie Gibbs during a DJ set in San Diego.

Another Unreleased Mac Miller Track “One and Only” Has Just Leaked
MusicsponsoredOctober 5, 2019