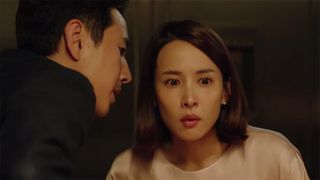 After securing the Palme d’Or, the highest prize at the Cannes Film Festival, Bong Joon Ho‘s genre-bending new film, Parasite, is on its way to a theatrical release. Ahead of the drop date, Neon shares the official trailer for the drama/mystery.

Parasite centers around two families: the wealthy Parks and the destitute Kims. Upon meeting the Park family, college-aged Ki-woo decides to take advantage of the Parks’ generosity by propositioning the Kims as a tutor and art therapist to the Parks. Soon, a mutual admiration grows between the two families, until a parasitic interloper threatens to destroy the dynamic and pit the two sides against one another.

Directed by Bong Joon Ho — who is also responsible for Snowpiercer and Okja, among other pictures — Parasite comes to theaters in the US October 11.

Bong Joon-Ho’s ‘Parasite’ Looks to Be One of the Year’s Best Films
MoviessponsoredOctober 2, 2019

Bong Joon-Ho’s ‘Parasite’ Streaming on Hulu Is Just What We Needed
MoviessponsoredApril 8, 2020

Bong Joon-Ho & the Creators of ‘Parasite’ Are Being Accused of Plagiarism
MoviessponsoredFebruary 20, 2020