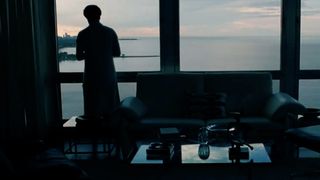 Sade has released a lyric video for her new song, “The Big Unknown”, which features in the end credits of Steve McQueen’s upcoming film Widows, hitting cinemas November, 16.

The lyric video for “The Big Unknown” features visuals from the female-fronted thriller starring Viola Davis, Michelle Rodriguez and Elizabeth Debicki. Sade’s video follows the three women as they prepare to pull off a grand heist devised to repay their late husbands’ debts.

Until earlier this year, Sade had not released new music for eight years. In March, the British singer recorded a new original song for Ava DuVernay’s A Wrinkle in Time.

While “The Flowers of the Universe” was warmly received after the Sade’s seven year hiatus, “The Big Unknown” showcases the unique emotionality and exemplary production that sets her apart from others.

The Depressing Reality of Burning Supreme Gear
StylesponsoredFebruary 6, 2020
We Recommend

Big Sean Is All About the Importance of Self-Love on New Track “Single Again”
MusicsponsoredJuly 26, 2019