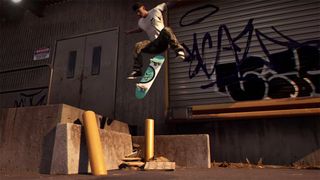 Crea-ture Studios is scheduled to release its new skateboarding video game, dubbed Session, next month via Early Access for Steam. Ahead of the anticipated launch, this week we showcase footage from the upcoming title.

According to Crea-ture Studios, Session is inspired by the golden era of skateboarding, as the game hones in on coinciding skate culture, as opposed to commercialized competitions. In the on-hand clip we see skaters ripping through a city setting, taking on rails and ledges, and landing various tricks.

One of the standout features of the game is a replay editor which allows players to pause and rewind to capture portions of their session. From there, players will be able to upload photos and videos to social media.

After debuting on Kickstarter in 2017 — and going on to become fully funded in just three days — Session launches September 17 on Early Access for Steam, followed by a release in October for Xbox Game Preview.