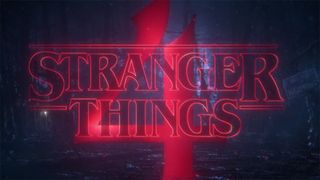 Stranger Things season three released just months ago in July, but Netflix is already looking ahead by announcing the fourth season of the hit sci-fi series. The streaming service confirms the new season with an official video on the Stranger Things YouTube channel.

“We’re Not In Hawkins Anymore,” reads the YouTube description for the season four announcement, which simply showcases the intro sequence to the show with the Stranger Things logo.

In addition to the announcement for the new season, Netflix also confirms a multi-year film and series overall deal with Stranger Things creators and showrunners, the Duffer brothers.

“The Duffer brothers have captivated viewers around the world with Stranger Things and we’re thrilled to expand our relationship with them to bring their vivid imaginations to other film and series projects our members will love,” said Ted Sarandos, Chief Content Officer, Netflix. “We can’t wait to see what the Duffer brothers have in store when they step outside the world of The Upside Down.”

The Duffer brothers added, “We are absolutely thrilled to continue our relationship with Netflix. We can’t wait to tell many more stories together — beginning, of course, with a return trip to Hawkins!”

For now, this is all we have on the Duffer brothers’ new deal with Netflix, as well as season four of Stranger Things, but as always, be sure to check back with us for more.