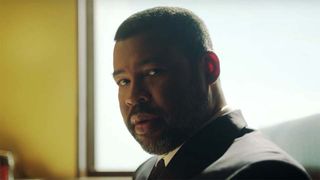 Following the Super Bowl teaser, CBS All Access shares the official trailer for Jordan Peele‘s reboot of The Twilight Zone, of which he serves as host and executive producer. The program is modeled after the Rod Serling-hosted series of the same name, which ran on CBS from 1959 to 1964.

Much like the original, expect the Twilight Zone reboot to blend elements of science fiction, fantasy and horror. And if the on-hand trailer is any indication, it looks to take us on one wild ride.

The Twilight Zone premieres with two episodes on April 1, exclusively on CBS All Access.

You Can Watch the First Episode of Jordan Peele’s ‘The Twilight Zone’ on YouTube
MoviessponsoredApril 2, 2019

The International Trailer for Jordan Peele’s ‘Us’ Is the Most Terrifying Yet
MoviessponsoredFebruary 26, 2019