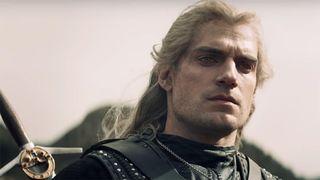 Showrunner Lauren Schmidt Hissrich premiered the main trailer for Netflix‘s new fantasy series, The Witcher, at the Lucca Comics and Games convention in Lucca, Italy today. In addition to providing us with a new look at the program, Netflix announces a December 20 release date for the show.

The Witcher is based on the best-selling fantasy series of books by the same name. An epic tale of fate and family, the story centers around three individuals in the vast world of The Continent, a place where humans, elves, witchers, gnomes, and monsters fight to survive.

All eight episodes of The Witcher release globally on Netflix December 20.