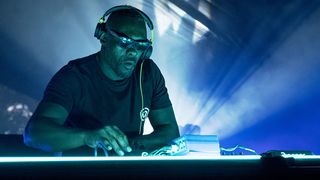 Idris Elba blends his love of music and film in Netflix‘s new original comedy series, Turn Up Charlie. Elba plays a struggling DJ named Charlie who is forced to become a nanny to his best friend’s problem child, Gabby, in order to make ends meet.

I’m here to cleanse the TL with the "@idriselba as a DJ-turned-nanny" content we all deserve.

Press play above to watch the official trailer for Turn Up Charlie, which comes to Netflix on March 15.

Hands up everyone who now wants Idris Elba to DJ their wedding. Turn Up Charlie, March 15 only on Netflix. https://t.co/sjdmD6eTvA