When it comes to nature, everything becomes more elemental: it’s about protection, raw survival, and a mercurial sublimity that tends to awe and inspire. Woolrich creates outerwear that empowers life in the elements, to create deeper contact with nature. It’s inspired by human perseverance, founded on the very belief that through adversity comes opportunity. As part of the brand’s FW20 “Without Barriers” campaign, Woolrich looked back to their history and honed in on the fact that through the decades they have always designed products that creatively pushed exploration and the human spirit through the elements. Whether that was supplying Arctic pipeline workers with suitable attire, or their Buffalo check being adopted by protesters and pioneers of culture in hip-hop and grunge, Woolrich has always been empowering those pushing against the elements both metaphorically and physically.

Both Brianna Noble, a horse rider and founder of Humble Project, and Kyle Ng, founder and creative director of Brain Dead, are vanguards in their fields, breaking through personal and social barriers to create the world they want to see in the future. Whether drawing inspiration from nature or fighting for change in the city, these two are paragons of social and political fortitude in a time of seemingly insurmountable struggle. For both of them, holding your ground is about a balance between knowing when to rejuvenate and when to act up for change.

Scroll below to watch their videos and discover their stories.

When George Floyd was killed by a white police officer in Minneapolis, Brianna Noble, a horse rider and trainer, stayed up all night with her husband talking about racial justice. Watching the news from Oakland, she was immediately reminded of the shooting of Oscar Grant, a 22-year old unarmed Black man, by a white police officer in 2009. Just barely in high school at the time, Noble had organized a youth town hall forum on police brutality in response to protests. Now as protests were sprouting after Floyd’s death, she wanted to make a statement.

The media was full of images of shattered windows and protesters overturning cars, and Noble hoped, instead, to project an image of peace and groundedness: a Black woman on a horse. “People are not used to seeing an image like that,” she says. “When you think about the textbooks that we saw as kids, where was the horse? It was at the front of a war battalion with some white man leading the charge.” So four days later, Noble pacifically appeared at a protest in downtown Oakland on horseback with a fist in the air and a sign that read, “Black Lives Matter.” And the image went viral around the world, landing her to appear in The Guardian and on a spot on ABC News.

The images have a quiet mystery to them amidst a loud moment. Noble appears in control, but also in quiet restraint to the power and presence of her horse Dapper Dan. He’s around 1800 pounds (most are around 1200) and has been with Noble since she bought him as a $500 problem horse (“perfect” horses can cost up to $30,000). When she first found him, he was so dangerous that she thought he needed to be euthanized. He would take down fences, tear stalls. Training and rehabilitating him was a matter of understanding him, learning to communicate to him that he was safe—a process that took several years.

Buying problem horses at a discount was at first a necessity. Coming from a family who didn’t have enough money for horse sports, Noble could only afford problem horses. Yet as demanding as rehabilitation is, the years of working with Dapper Dan have created a tighter, more intimate bond forged after a tumultuous history.

She says riding has certainly affected how she carries herself as a person, a woman, a mother. “A lot of people don’t realize that I have extreme anxiety. And when I start having more panic attacks, I know that I’m not riding enough,” she says. Riding then becomes an act of self-care, of recentering yourself to your surroundings. With horses, “You have to learn how to control your breathing, how to control the way that your body sits. You can’t tense up there, because as a fight or flight animal, it can feel that. To learn how to have an emotion happen and go, and control your thoughts and control your body is probably the biggest thing that has affected the woman that I am.”

Having not come from a privileged background, Noble now runs the Humble Project at Mulatto Meadows, which brings riding and horsemanship to people, like herself, historically excluded or priced out from horse sports. She works primarily with beginners, which often includes children because she loves “first-time experiences.” She describes how children are usually afraid at first, nervous to even reach out and touch the horse. Then when they step up on the horse, they’re shaking a little, until suddenly, their face lights up. “And then I can’t help but have my whole face light up too. It’s completely infectious.”

Noble hopes for a future where anyone, regardless of their means, can have a chance to ride a horse. She describes the experience as “humble,” because you have to humble yourself, feeble in comparison, to share in horses’ physical majesty. “They have these massive lungs in this massive rib cage. And to wrap your legs around their rib cage and be running on a horse and feel their rib cage expand underneath your legs, to feel the strength of their hind as they’re pushing you off of the ground if you’re jumping. It’ just… It’s an awe-inspiring experience.” It’s when she feels most connected with nature and the earth, which has the necessary effect of grounding you in the world before you can muster the courage to change it. 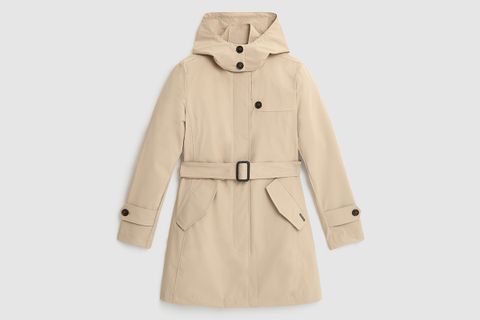 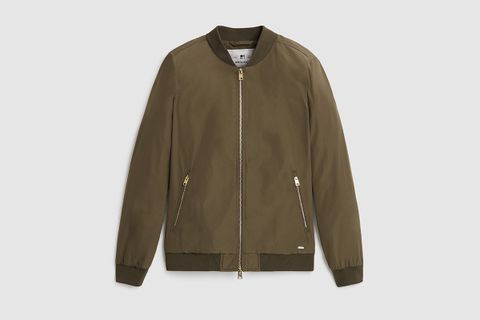 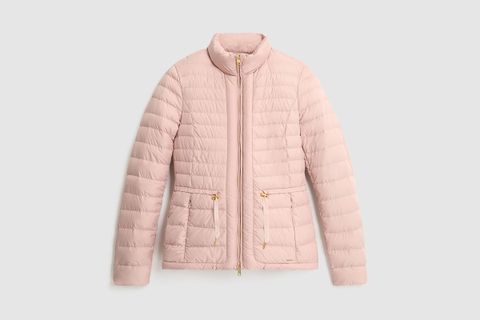 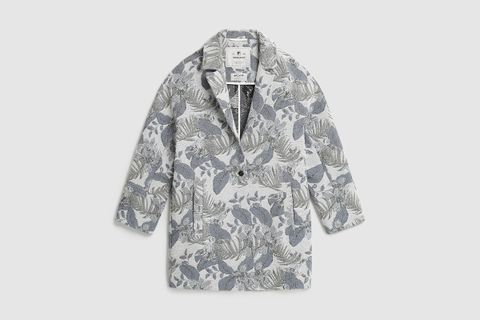 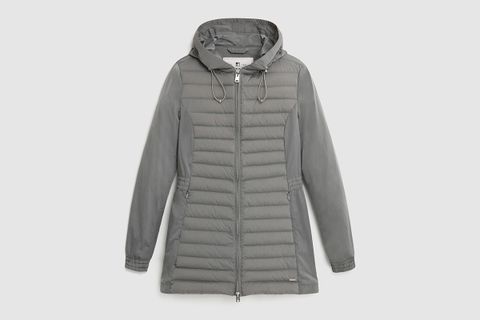 Kyle Ng, creative director and co-founder of Brain Dead, goes fishing at least once a week. Compared to other sports Ng played regularly during the pandemic—paintball, rock climbing, skating—fishing is humbling. But for Kyle and many others, it is more than just a sport. It is a mindful exercise that lets you reflect, relax and connect with nature. When done recreationally it is distinctly non-competitive. You can’t muscle your way into success. “There’s a sense of nature that you can’t control, and that’s what I really enjoy about it: that it’s something that is more powerful than you. It humbles you. Especially fishing, where every day is different. Some days you might not catch something, so it really creates an amazing mindset of just not having expectations all the time.”

This regular practice of not knowing characterizes Brain Dead’s designs, which have an improvisatory quality. Ng’s influences are wide-ranging, from underground comics and African graphic design to horror films and science fiction. He grew up in a diverse, multicultural part of the Bay Area, and spent a lot of time on Telegraph Avenue near UC Berkeley, crate digging for vinyl at Amoeba Records

All his life, he felt naturally drawn to subcultures. In school, Ng was an active athlete—he played basketball, football, baseball, and tennis—and most of his friends were white jocks. As an Asian American, whose friends sometimes made fun of him for eating weird food, he had an outsider perspective that usually went one of two ways: looking inward in self-castigation, or outward with a privileged view of critique. For Ng, it made him more aware of his surroundings. He describes his white friends as having “a certain perspective of what it is to be normal or live your life. They all went to swimming clubs during the summer, played sports. Being Asian, you’re just open to a larger perspective: different foods, a lot of different things.”

He soon discovered the punk scene, which draws in misfits like a magnet. Quickly, he fell into the community by going to shows in people’s basements or hanging out at Gilman, a legendary DIY venue near Berkeley. “It didn’t matter what color you were or how much money you had, you were all equal in some form.”

This ethos of inclusivity and equality had a deep effect on Ng and can be seen in his designs. Brain Dead’s clothes have a genius way of feeling approachable and accessible without seeming generic. Hardly a one-look-fits-all brand, Brain Dead is hyper-specific with encyclopedic visual references. While a bigger brand might appropriate subcultural references by cherry-picking what’s cool at the moment, Ng often works with local creatives who are responsible for certain aesthetics that he uses in his designs, which make his creative process frequently collaborative.

Recently, one of his biggest collaborations was with Dev Hynes on a Black Lives Matter T-shirt that, within days, made $500,000. The slogan reads “If You Love Black Culture, Protect Black Lives,” which is a kind of creative modus operandi for Brain Dead, which sees culture as political. Speaking out for racial justice has been one of Ng’s core values, since he was a child, hearing people like his grandfather tell stories of being interned in concentration camps during WWII. One girlfriend’s grandfather said, “he brought one luggage of eucalyptus leaves from the Bay Area because he just wanted to remember that smell.”

Because Asians are subjected to the model minority myth, which is weaponized against Black people to guilt them (instead of the system) for nefarious litanies like crime and poverty, Ng feels it’s important for Asian Americans to speak out in solidarity for Black civil rights. It’s the kind of multicultural coalition that Ng feels the world desperately needs today. Yet even as fashion isn’t strictly activism, per se, it can be used to speak up for what’s important.

But even with increased scrutiny, he doesn’t see himself as a role model, but rather as part of something bigger. “At the end of the day, I live my life by a certain code of what I think is right, and I hope that people also look at their lives and realize, ‘Hey, I got to figure out the right thing to do, not just do things that I feel like will make me succeed over other people.” And to me, that is the punk mentality.” 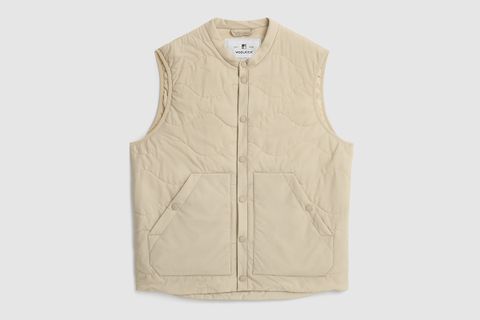 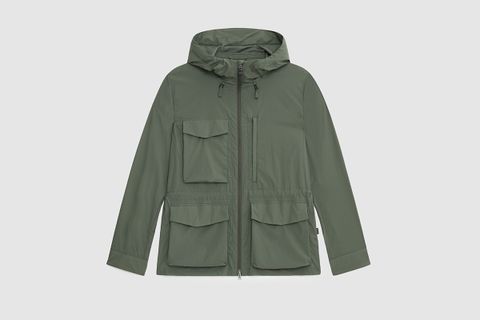 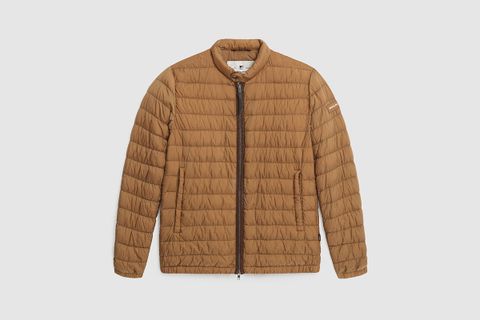 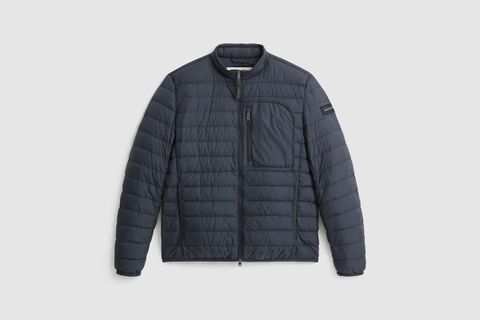 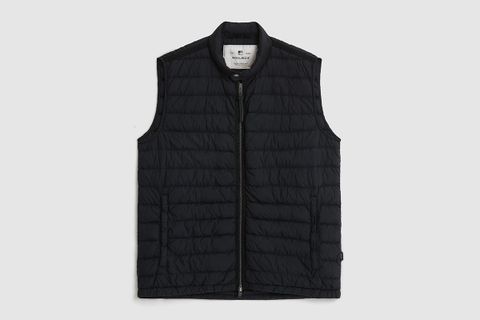 The future is uncertain but we can take comfort in the fact that characters like Brianna Noble and Kyle Ng are not the exception. If you take a quick look around it won’t be hard to find shining lights supporting their communities and encouraging positive interaction both with each other and the environment. So go seek them out, be inspired, take on the elements, tear down the barriers and empower the future.

Discover the Woolrich ‘Without Barriers’ campaign and associated collection here.