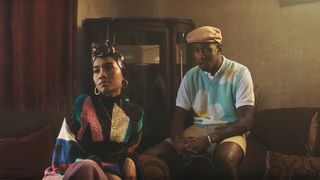 Yuna and Tyler, the Creator recently joined forces on “Castaway,” from the singer’s latest album Rouge. Now, the duo has released stunning visuals to support the single. Watch the new video above.

In the video, the Malaysian singer can be seen reminiscing about past relationships in a ’60s-style home, with Tyler, The Creator making an appearance in a bathtub, in a vaguely similar style to his recent video for “a boy is a gun*.”

Yuna’s Rouge project was released in the summer and, apart from Tyler’s, counts collaborations with the likes of Jhené Aiko, Usher, G-Eazy, and more.