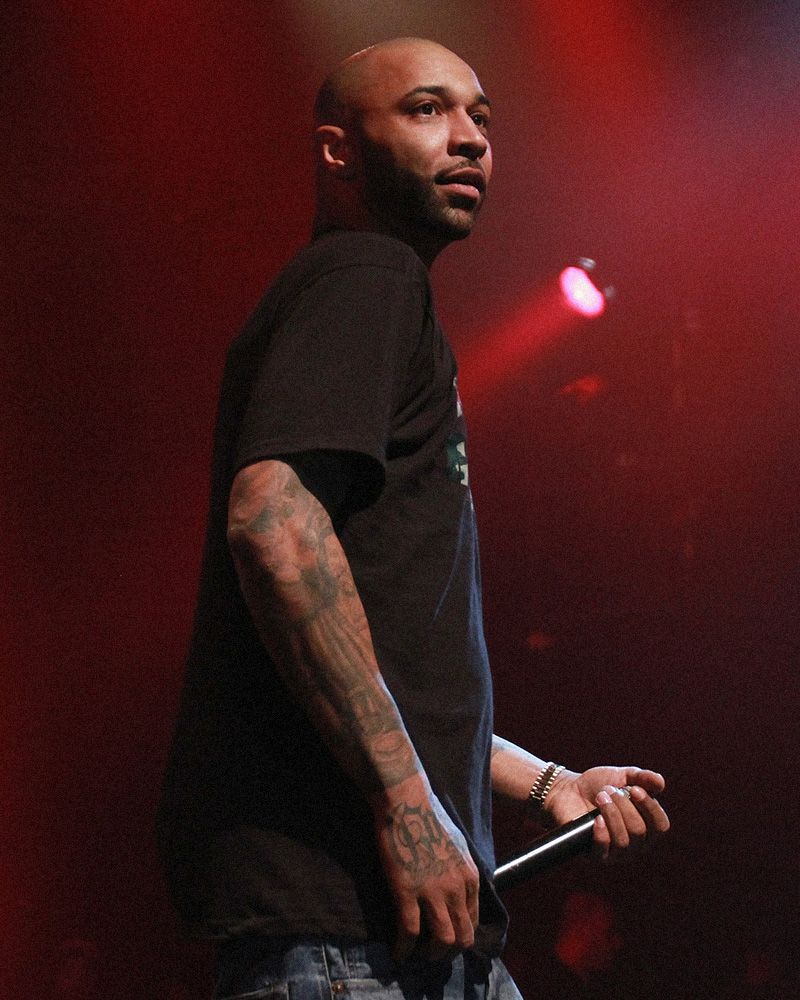 Confrontational, but never inauthentic, Joe Budden is an American rapper turned media personality known for his vocal thoughts on hip-hop giants and newcomers alike. Budden began rapping in 1999 but it was in 2003 he released his first studio album, debuting at number 8 on the Billboard 200, selling 95,000 copies within its first week. The album featured the hit single Pump It Up, Budden’s most commercially successful solo single. Budden was also a member of hip hop supergroup Slaughterhouse, alongside fellow rappers Royce da 5’9″, Joell Ortiz, and Crooked I. Formerly signed to major record label Def Jam, he left the label in 2007 for Empire Distribution. After separating from Def Jam, Budden began recording and releasing solo mixtapes and albums on independent labels, with 2013’s No Love Lost; followed by Some Love Lost in 2014 and All Love Lost in 2015. His final album Rage & The Machine was released on October 21, 2016. Despite finding himself front and centre of the occasional row within the hip hop community, Budden’s post rap career soared however thanks to his most recent podcast’s frank and honest deep delve into hip-hop’s hottest topics. Budden hosts The Joe Budden Podcast along with Jamil “Mal” Clay, Rory Farrell and Parks Vallely, released bi-weekly through Spotify and YouTube. Previously one of three hosts of Complex’s Everyday Struggle, Budden openly discussed his mental health issues and struggles with depression along with DJ Akademiks and Nadeska Alexis, before leaving the show in January 2018 amid controversy.

A Complete Guide to Eminem’s Beefs, From Will Smith to Nick Cannon
CulturesponsoredMay 29, 2020

Quavo & Joe Budden Also Made Peace at Diddy’s Party, Here’s Why They Fell Out
CulturesponsoredDecember 17, 2019

Joe Budden Says Logic Is “One of the Worst Rappers to Ever Grace a Mic”
CulturesponsoredOctober 14, 2019