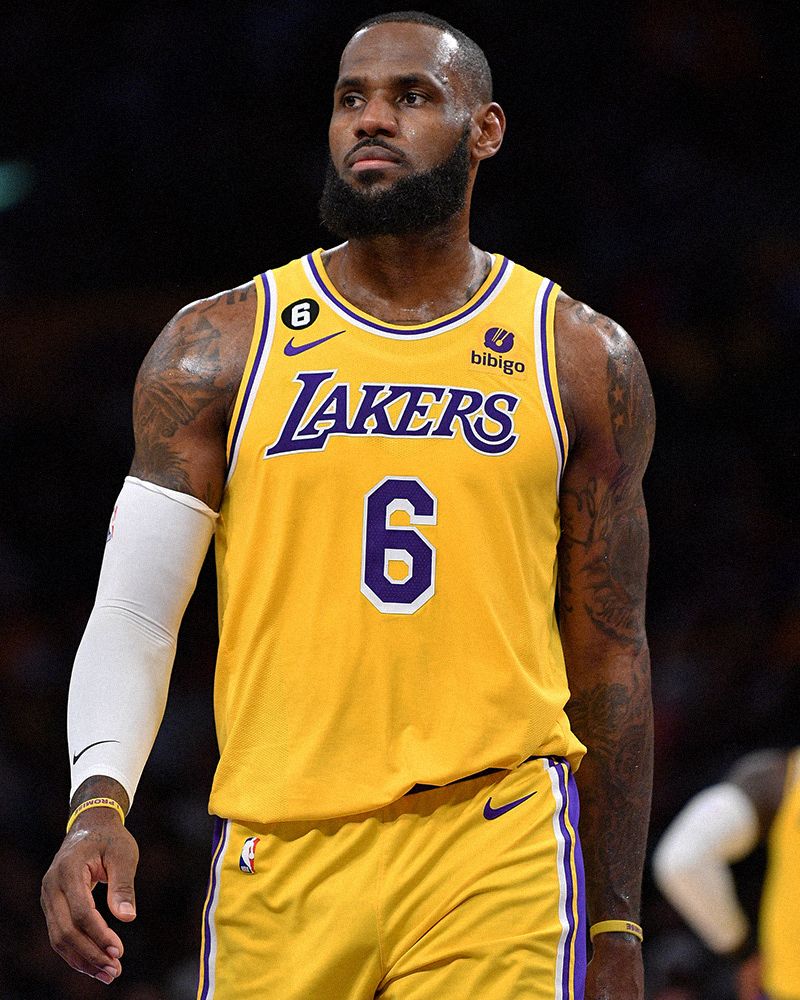 LeBron Raymone James Sr. is an American professional basketball player, widely considered one of best players of all time.

He has earned two gold medals with the US Olympic basketball team.

On top of his sporting achievements, James famously boasts impeccable fashion taste, a lifetime endorsement with Nike, and friendships with some of the biggest names in hip-hop and fashion.

How old is LeBron James?

How tall is LeBron James?

How many championship rings does LeBron James have?

LeBron James has 3 NBA championship rings. Two with the Miami Heat in 2012 and 2013 and one with the Cleveland Cavaliers in 2016. He has been named NBA Finals MVP all 3 times.

James is the first pick in the 2003 NBA Draft from his home team, the Cleveland Cavaliers.

James wins Rookie of the Year.

The LeBron II comes off the back of the success of the AZG.  James rocks a special colorway during his first All-Star team exhibition.

James joins the All-NBA first team for the first time.

James takes the Cavaliers to its first-ever NBA finals but they lose to the Spurs.

James wins the NBA MVP Award for the first time and for a second in 2009.

James announces during an ESPN televised special titled “The Decision” that he would be joining the Miami Heat. The move is critiqued by former players and critics.

The Nike LeBron 8 is released.

The move to the Heat does not impact sales with the South Beach colorway becoming one of the most coveted LeBron models of all time.

The Heat win their second NBA title and the first for James.

James wins his second NBA championship as the Heat beat the Spurs in a seven-game series.

James announces his return to the Cleveland Cavaliers.

LeBron collaborates with designer John Elliot and Nike for the LeBron Icon.

During The Super Bowl, Our Eyes Were on LeBron James’ Wrist
StylesponsoredFebruary 14, 2022

LeBron James x Liverpool Is Coming & It Might Be Just the Beginning
StylesponsoredNovember 25, 2021