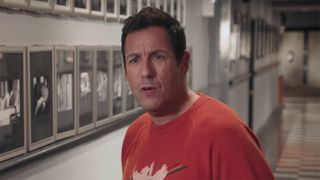 Saturday Night Live helped Adam Sandler launch his career back in the ’90s. Now, the veteran actor is returning to the show that turned him into a household name to host SNL for the first time ever.

“We are happy to welcome Adam back to SNL in what is sure to be a special night,” said executive producer Lorne Michaels.

Sandler became a part of the Saturday Night Live family in 1990 when he was brought on as a writer. From there, he went on to join the cast from 1991 to 1995, starring as a number of iconic characters such as Opera Man, Lucy Brawn, Hank Gelfand, and Cajun Man, just to name a few.

Sandler will be hosting SNL this week on May 4, as Shawn Mendes makes his second appearance as a musical guest. Will you be watching?